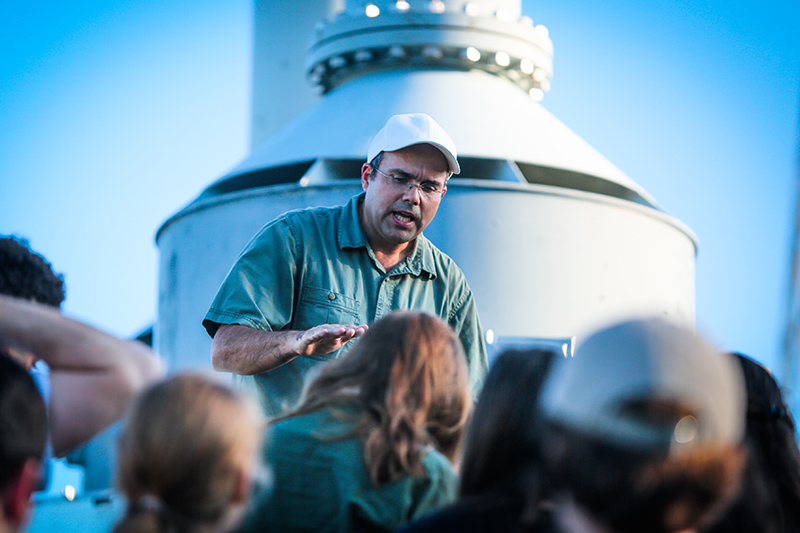 The aggressive municipal expansion of New Orleans between 1852-1874 shaped the city as we know it today. Hear Tulane geographer Richard Campanella discuss the annexations of New Orleans Monday, Nov. 27, at 7 p.m. on the uptown campus. (Photo by Jennifer Zdon)

Imagine a New Orleans without its most popular neighborhoods: no Garden District, no Central City, no Carrollton, no Algiers. For most familiar with the city’s geography, the task is nearly unfathomable.

On Monday, Nov. 27, at 7 p.m., Tulane University geographer Richard Campanella will present a talk titled “Not-So-Friendly Neighbors: The Annexations of New Orleans” in the Freeman Auditorium at the Woldenberg Art Center on the uptown campus.

Following the publication of his most recent book, Cityscapes of New Orleans, Campanella will guide his audience through a critical and often overlooked aspect of the city’s history.

“In this illustrated lecture, I will explain the historical and geographical circumstances behind New Orleans’ aggressive municipal expansion of 1852-1874,” said Campanella. “It swallowed up three adjacent cities — everything from the Garden District and Central City all the way up to Carrollton and parts of Lakeview — while also consolidating Algiers into city limits.”

He continued: “These four annexations tend to get short shrift in our historiography, usually earning only fleeting mention as mere administrative adjustments. In fact, each was complex, hotly debated and perfectly contentious, with ethnic and racial tension, power politics, and greed all playing roles.”

Campanella hopes the lecture will provide a means to gauge the city’s past in an effort to better understand the present.

“New Orleans would be a vastly different city today had decisions been made differently,” he said. “Tulane, for example, would not be in New Orleans, but rather in Jefferson City. That’s the story I will tell on Nov. 27.”

Following the event, the New Orleans Center for the Gulf South will host a reception in Woodward Way, where Campanella will be available to take questions and sign books.

For more information, contact Regina Cairns at the New Orleans Center for the Gulf South at rcairns@tulane.edu.