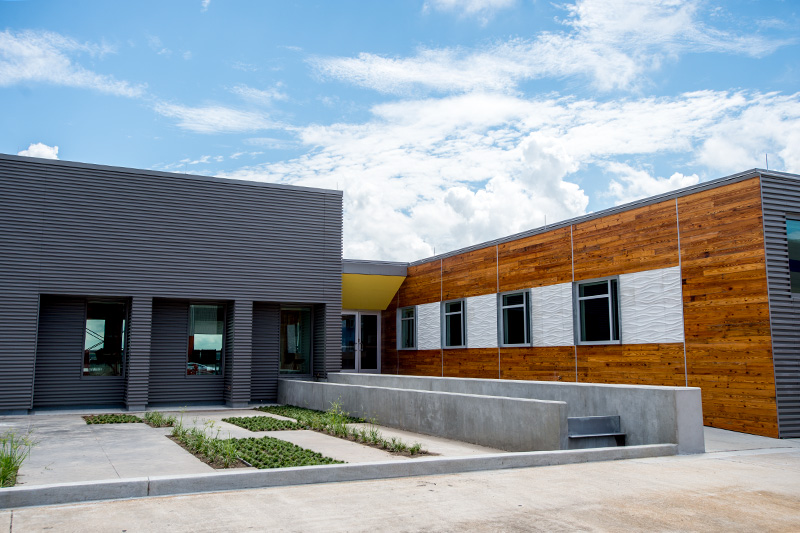 The ByWater Institute, above, will collaborate with The Water Institute of the Gulf on a new Resilience Lab. (Photo by Paula Burch-Celentano)

In an effort to further develop solutions that can increase the resilience of coastal communities, the Greater New Orleans Foundation has awarded a $200,000 planning grant to The Water Institute of the Gulf for the establishment of a New Orleans-based Resilience Lab in collaboration with Tulane University’s ByWater Institute.

Mark Davis, director of the ByWater Institute, and Tulane President Mike Fitts were on hand Tuesday to formalize the partnership with the announcement of a memorandum of understanding Tuesday during Tulane Day at the State Capitol in Baton Rouge.

“The knowledge and solutions discovered through the work of the Resilience Lab have the potential to empower coastal communities not only in the Gulf South but throughout the world.”

Using coastal Louisiana as a foundation, the Resilience Lab will turn to research, outreach, capacity building and the development of best practices to address complex challenges confronting river and coastal communities. It will also strengthen the position of entrepreneurs and researchers in southeast Louisiana as global leaders in water management, adaptation and resilience.

“The need to create communities that are able to recover, renew and reimagine themselves in the wake of natural disasters and other environmental disruptions is more vital today than ever,” said Fitts. “The knowledge and solutions discovered through the work of the Resilience Lab have the potential to empower coastal communities not only in the Gulf South but throughout the world.”

The Resilience Lab will build on the work already under way by The Water Institute of the Gulf and Tulane and complements the investments in resilience and water management made by the Greater New Orleans Foundation, partnered with the significant investments in The Water Institute of the Gulf made by the Baton Rouge Area Foundation.

The Resilience Lab will also connect to other centers for resilience around the world including the Rockefeller Foundation’s newly announced Resilience Accelerator initiative together with Columbia University’s Center for Resilient Cities and Landscapes. This partnership will further link Louisiana and New York, which have been sharing solutions and lessons learned in the aftermath of hurricanes Katrina and Rita and Superstorm Sandy. Both programs will become initial charter members of a network of resilience organizations around the world.

“Our work will be focused on how to best prepare communities for a rapidly changing environment and share this vast expertise in resilience we have developed over the years,” said Jeff Hebert, the Water Institute’s vice president for adaptation and resilience. “The Resilience Lab will focus on community-based approaches and innovative tools that create a bridge between science and the communities most at risk.”