Tulane historian examines the world of ‘Women Against Abortion’ 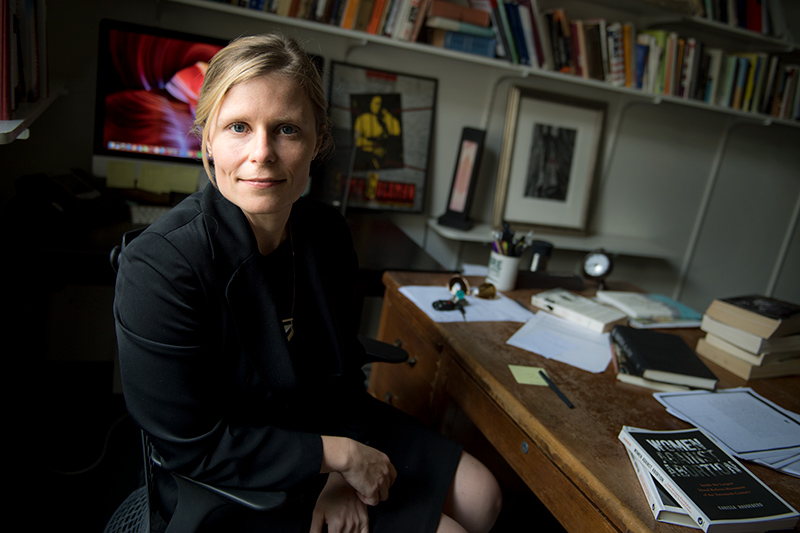 Karissa Haugeberg of the Tulane School of Liberal Arts studied women in the pro-life movement from the 1960s through 1990s. Her work resulted in the nationally acclaimed book 'Women Against Abortion: Inside the Largest Moral Reform Movement of the Twentieth Century.' (Photo by Paula Burch-Celentano)

A new book by Karissa Haugeberg, assistant professor in the Tulane School of Liberal Arts, sheds light on women activists’ peaceful and violent work against abortion from the 1960s through the 1990s.

Women Against Abortion: Inside the Largest Moral Reform Movement of the Twentieth Century reveals the motivations of these activists and how their beliefs and activism shaped our national conversation and policies. Drawing on archival records and interviews with prominent figures, the book examines these often neglected figures in history.

Readers might be surprised to discover that women usually initiated major changes in the anti-abortion movement. “Women created a vast network of crisis pregnancy centers, where they sought to persuade women not to have abortions. And women were more central to violent cells, both as architects of criminal conspiracies and as foot soldiers, carrying out destructive, potentially lethal campaigns,” notes Haugeberg.

When research reveals a new angle on an important issue, people take notice. The book landed on the cover of the New York Review of Books and earned reviews in The New Yorker and The Times Literary Supplement.

“Although one might assume that courses about reproductive health are rife with rancor, I’ve had the opposite experience with students at Tulane.”

Haugeberg serves as faculty adviser for Newcomb College Institute’s Students United for Reproductive Justice organization and draws upon her research in the classroom. “Although one might assume that courses about reproductive health are rife with rancor, I’ve had the opposite experience with students at Tulane. Instead of rehashing tired, divisive debates, they are much more invested in understanding why people have supported policies that have constrained their own economic or social potential.”

You can listen to Haugeberg discuss her research on these radio programs: