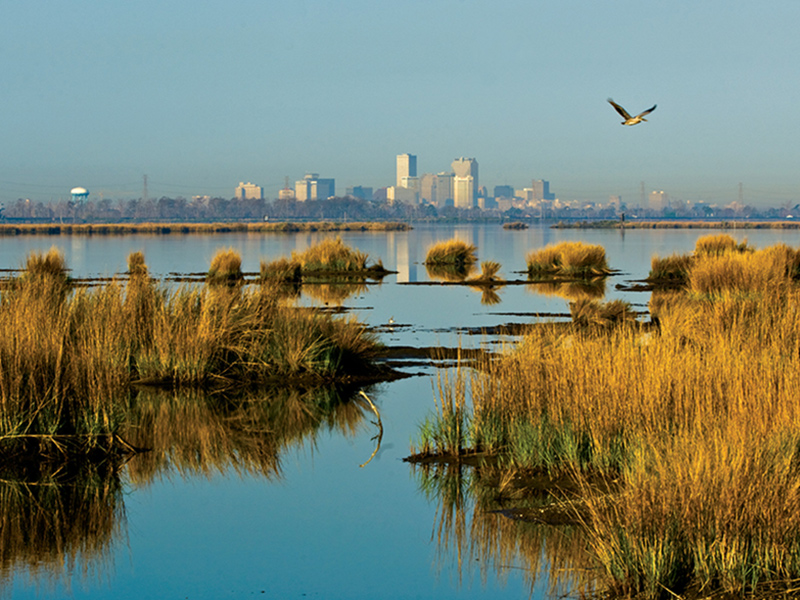 The university reduced its total greenhouse gas emissions by 14.2% from 2018 to a total of 80,544 Metric Tons Carbon Dioxide Equivalent (MTCO2e) during 2019. This reduction moves the university toward its 2020 goal of 71,522 MTCO2e/year, which would represent a 15% reduction from 2007 emissions. (Photo by Paula Burch-Celentano)

An unprecedented and challenging year has not delayed Tulane’s roll out of major carbon reduction initiatives, which are showing promising results.

The university reduced its total greenhouse gas emissions by 14.2% from 2018 to a total of 80,544 Metric Tons Carbon Dioxide Equivalent (MTCO2e) during 2019. This reduction moves the university toward its 2020 goal of 71,522 MTCO2e/year, which would represent a 15% reduction from 2007 emissions. The university’s 2019 Greenhouse Gas Inventory Reports are posted here and here.

“We project at this point that we will meet our 2020 goal of a 15% reduction from 2007 emissions,” said Patrick Norton, Tulane’s senior vice president and chief operating officer. “The spring 2020 campus closure did result in a reduction in occupant energy use – but that was somewhat offset by a building HVAC scheduling that was unchanged, building ventilation rates increasing as new COVID measures were implemented, and new temporary structures were added to the cooling and lighting loads.”

As planned – and not largely delayed due to the pandemic – major energy efficiency projects such as the new absorption chiller, chilled water software optimization and uptown/downtown conservation, will be completed during 2020 thus fulfilling Tulane’s commitment to reducing greenhouse gas emissions. The 2020 Greenhouse Gas Inventory Reports will be published during the spring of 2021.

In addition to the important work of reducing the university’s carbon footprint – there are a number of New Orleans, community-related carbon reduction opportunities Tulane is supporting.  First – the City Council is expected to act in December to establish renewable energy targets for Entergy New Orleans. Tulane’s support for a strong, renewable standard will help reduce emissions from electricity use. Also, Tulane’s support of the City Council to finalize the community solar rules will enable Tulane to pursue/support off-campus solar projects.

Tulane also collaborates with peer universities across the country on carbon reduction initiatives. Collectively, these universities have seen emission reductions an average of 17% over baseline years. Tulane is also part of a group engaged in a multi-institution carbon pricing study which “bakes in” the cost of carbon into long-lived capital projects.

“Sharing best practices with other institutions, as well as focusing on the long-term consequences of today’s energy related decisions, i.e. major capital projects, will be critical as we all work together toward our carbon reduction goal of making Tulane greener than ever,” Norton said.