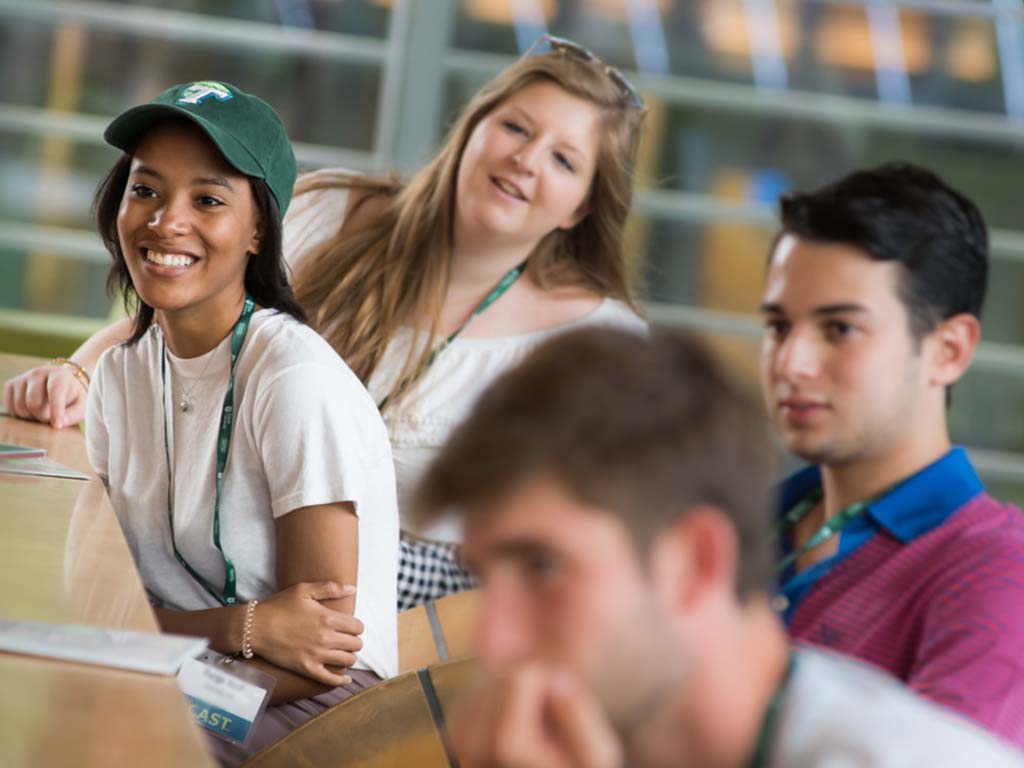 Tulane is the preferred university for an increasing number of the country’s top students. Early Decision applications increased 35% over last year, owing to the university’s innovative curriculum, growing academic reputation and other factors. (Photo by Sally Asher)

For the first time, almost half of students who will enroll in Tulane University’s incoming class have indicated that the university is their first choice, positioning Tulane as the preferred university for an increasing number of the country’s top students. Early Decision admissions applications at Tulane rose 35% over last year and have doubled since the program was launched in 2016, according to undergraduate admissions data.

“Tulane’s growing academic reputation, its innovative, interdisciplinary curriculum, its world-class faculty, its unique academic structure and its location in one of the nation’s most culturally rich cities are some of the many reasons that Tulane is becoming the first-choice, dream school for so many students,” Tulane President Mike Fitts said. “We’re also ‘right-sized.’ We’re large enough to support a major research mission, yet small enough to foster one-on-one mentor relationships between students and faculty.”

“Tulane is a brand that is recognized nationally and worldwide. It’s one of the best investments students can make, because the return is exponentially higher than the investment.”


Satyajit Dattagupta, Tulane’s vice president of enrollment management and dean of undergraduate admission, projected that around half of the class of 2024, who will be first-year students this fall, would be Early Decision applicants. Early Decision applicants agree to enroll in a school if they are accepted, forgoing any offers from other universities.

Dattagupta said that today’s students require more from their potential colleges and universities. Qualified students have many options for higher education, and they seek assurance that a university lives up to its claim, he said.

“Tulane is a brand that is recognized nationally and worldwide,” Dattagupta said. “It’s one of the best investments students can make, because the return is exponentially higher than the investment.” Of the Early Decision accepted students, 10% will be international students, another area of significant growth, Dattagupta added.

In this highly competitive academic environment, “it's not surprising, but very reassuring to see that students consider Tulane as their first preference,” he added.

Once students arrive on campus, Tulane provides an impressive experience. Last year, the university rose to No. 40 among the country’s top national universities in the latest edition of the U.S. News & World Report Best Colleges rankings, which were released in September. The annual publication also ranked Tulane’s undergraduate business program 43rd in the nation and placed Tulane No. 3 in Service Learning, No. 18 on its list of Best College for Veterans and No. 42 among the Most Innovative Schools.

Students seem to make the most of the Tulane experience. The popular Princeton Review rankings for 2019 listed Tulane as the nation’s No. 1 university for Community Service; No. 2 in the Students Love These Colleges category; No. 3 in College City Gets High Marks; No. 4 for Happiest Students; No. 6 for Best Quality of Life; No. 9 for Best-Run Colleges and No. 13 among Impact Schools.

“There's no ‘perfect’ university, but there are certain institutions that can be a ‘perfect’ fit for some students,” Dattagupta added. “The transformational journey that Tulane provides is unparalleled: academic flexibility, excellence [and] access — combined with our commitment to community service, in the most interesting city in the whole world — I think that message has resonated with our students.”