Tulane School of Science and Engineering dean to step down 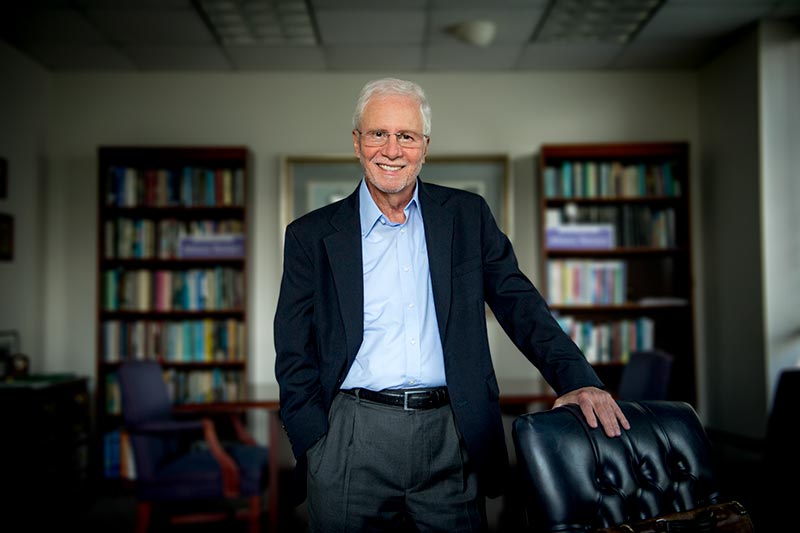 Nick Altiero, dean of the Tulane School of Science and Engineering, has promoted boundary-crossing collaborations between the sciences and engineering disciplines during his tenure at Tulane. (Photo by Paula Burch-Celentano)

This year’s commencement will be different for Nick Altiero. It will be his last graduation ceremony as dean of the School of Science and Engineering, which he has led since it was created in 2006 as part of the university’s post-Katrina Renewal Plan. From 2000 to 2006, Altiero was dean of Tulane’s School of Engineering. But now, after a total of 17 years as dean, he has announced he is stepping down on June 30.

“I’m very proud of what has evolved,” Altiero said of the school, which is one of the few in the country to integrate science and engineering in real and innovative ways.

Today, students at Tulane “are being educated in an environment where science and engineering are a continuum,” he said. “There is no boundary. A new generation of scientists and engineers have a very different perspective on things.”

“The lag time between scientific discovery and technological innovation has gotten shorter and shorter.”

—Nick Altiero, dean of the School of Science and Engineering

This new perspective is essential for breakthroughs.

“The lag time between scientific discovery and technological innovation has gotten shorter and shorter,” said Altiero.

Among his accomplishments during his tenure at Tulane, Altiero points to the undergraduate program that is thriving, with a third of Tulane students now majoring in a science and/or engineering discipline.

The school also boasts the largest number of doctoral students of any school on campus and last year received nearly $25 million in external research funding.

With this focus on research, breakthrough discoveries are being made — and many are making their way to the marketplace.

“The culture in the school has broadened,” said Altiero. “More and more faculty members and students are engaged in intellectual property and technology transfer activities such as patents and startup companies.”

The school’s community outreach through its science, technology, engineering and mathematics (STEM) programs for K-12 students also is an achievement of which Altiero is proud. He said he intends to stay involved with many of these STEM programs, along with local company startup activities.

“I’m looking forward to the flexibility of having more time,” he said.

A Tribute to Dean Altiero