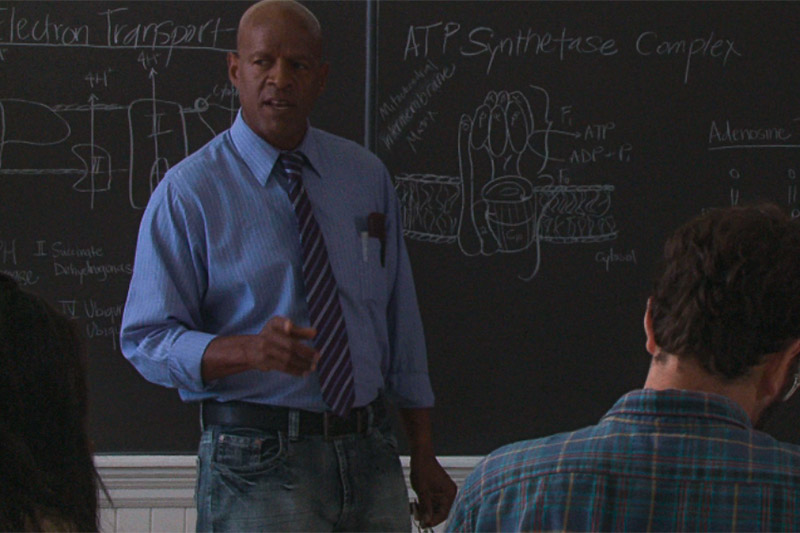 After spending a year in the director’s chair, a group of Tulane seniors is bringing their original short films to the big screen. Produced as part of the Digital Media Production program’s advanced filmmaking capstone course, the films will premiere at a special screening hosted by the historic Prytania Theatre in uptown New Orleans on Tuesday, Dec. 13, at 7:30 p.m.

Production of the films took place over the course of two semesters under the guidance of Mary Blue, director of the digital media program.

“During the first semester, we pitched our film concepts and workshopped with classmates, and during the second, we cast, filmed and edited. It’s been a very hands-on experience,” said Tulane senior Maddie McGee.

“I was drawn to Hollywood South and how Tulane fit within that environment.”

An English and digital media production major, the New Jersey native originally came to Tulane to study filmmaking and plans to pursue a career in the entertainment industry after graduating in May 2017.

“I was drawn to Hollywood South and how Tulane fit within that environment,” McGee said.

Called To Forget, McGee’s short film tells the story of a college freshman with a photographic memory who witnesses something he doesn’t want to remember.

McGee expects that viewing her work on the silver screen for the first time will be a nerve-wracking yet ultimately rewarding experience.

“It’s a little terrifying, as I’ve only seen the film on my computer screen at this point,” she said.

While the event serves as an opportunity for the budding filmmakers to receive constructive peer feedback, family and friends are also welcome to attend the special screening.

“My parents are flying down for it, and I suspect they’re not just coming for the free popcorn,” McGee added.

The screening is free and open to the public.