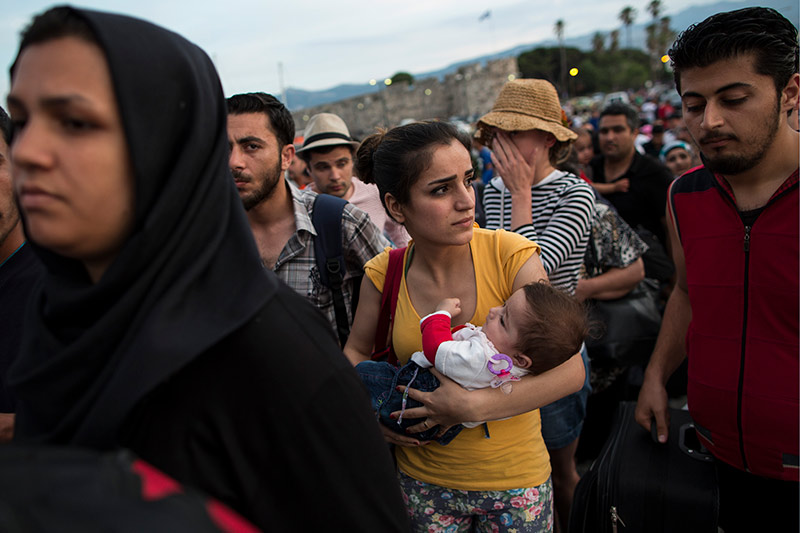 The mass migration of people seeking safety or a better life is a thread running through human history: it connects settlers of the American West, Irish who landed on the U.S. East Coast, Cubans fearing persecution, Cambodians fleeing the deadly Khmer Rouge, Central Americans seeking economic opportunity — and, most recently, Syrians displaced by civil war.

But the political, practical and legal ramifications seem more unsettling than ever, with immigration a major factor in the British vote to leave the European Union while the U.S. presidential election was roiled by rancorous debate over potential deportation of millions of undocumented residents.

“The issue of refugees is a pressing one, not only for Europe, but all over the globe.”

“Refugees, Migration and the Legal Future” is the only summer program by a U.S. law school currently tackling the issues facing world governments, diplomats, human rights lawyers, legal systems — and migrants themselves. It’s scheduled for July 16-29, at Cambridge University’s Trinity College, and is open to law students from Tulane and other schools.

“The issue of refugees is a pressing one, not only for Europe, but all over the globe,” said Cambridge summer program director Stephen M. Griffin, Tulane’s Rutledge C. Clement Jr. Professor in Constitutional Law and holder of a W.R. Irby Chair.

“I hope students will better understand the broad scope of refugee and migration problems worldwide — how the issue in the U.S. is one piece of a larger puzzle.”

The courses will cover the migration problem in the United Kingdom and European Union; a comparison of U.S. immigration and asylum law with EU provisions for handling refugees; and the application of international law and human rights treaties to refugees.

The June 2016 “Brexit” vote that narrowly favored leaving the EU raises numerous questions besides how many refugees the UK can absorb, including what happens to European nationals living in Britain and what hurdles future immigrants will face. Cambridge University’s Catherine Barnard, Professor of European Union Law and the Jean Monnet Chair of EU Law, brings special expertise to Tulane’s summer program from her research into the implications of the complicated divorce.

Also teaching is Tulane Law Professor Adeno Addis, who holds a W.R. Irby Chair and is the W. Ray Forrester Professor of Public and Constitutional Law. A native of Ethiopia, he has lived and taught all over the world. He focuses on international law and human rights and has written about human dignity, displaced people and the war on terror.

The program, one of six Tulane Law summer abroad offerings, marks the renewal of a long-standing partnership between the law school and Trinity College. A summer program at Cambridge University ran for two decades until Hurricane Katrina, and a later program focusing on the European Union and comparative law was offered until 2013.