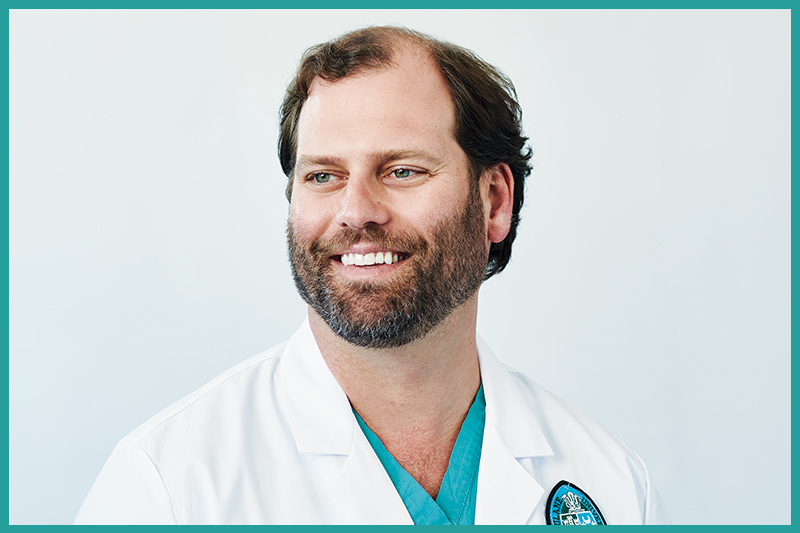 Christopher DuCoin, MD, MPH, FACS, is an assistant professor of surgery and chief of minimally invasive and bariatric surgery at Tulane University School of Medicine. (Photo by Craig Mulcahy)

The new Center for Weight Loss and Bariatric Surgery at University Medical Center New Orleans will expand access to potentially lifesaving weight-control surgeries for the city’s residents. A Tulane surgeon is leading the effort.

Christopher DuCoin, MD, MPH, FACS, assistant professor of surgery and chief of minimally invasive and bariatric surgery at Tulane University School of Medicine, is the medical director for the Center for Weight Loss and Bariatric Surgery, which opened in July.

The center will offer both gastric bypass and vertical sleeve gastrectomy to qualified patients, including the Medicaid population. Weight-loss surgery has evolved to a new level of safety and quality-of-life improvement for patients, DuCoin said.

“We are going to change the landscape of health care not just in New Orleans, but all of Louisiana.”

“Bariatric surgery has become one of the safest elective surgeries and is safer than having your gallbladder removed,” he said. “A lot of that comes from better preoperative evaluation and workup, and using a multidisciplinary team approach, including surgeons, dietitians, lung and heart doctors, and psychologists.”

This new program is a collaborative effort between Tulane and LSU within the UMCNO system, DuCoin added. There will be equity between the two university systems in setting up the multidisciplinary team, resulting in a shared clinic and patient population.

Under DuCoin’s leadership, Tulane’s own bariatric program is growing into a new section — minimally invasive and bariatric surgery — within the Department of Surgery, and was recently accredited by the American Society for Metabolic and Bariatric Surgery. With its recent accreditation, Tulane can open its doors to all patients seeking weight-loss surgery.

DuCoin’s colleague at Tulane is Shauna Levy, MD, MS, who joined the Tulane School of Medicine faculty in October 2017.

DuCoin’s section intends to add a third surgeon dedicated to operating at UMCNO and is starting an advanced surgical-training fellowship this year.

“We are going to change the landscape of health care not just in New Orleans, but all of Louisiana,” he said.