TUPD responds to Hurricane Ida, above and beyond 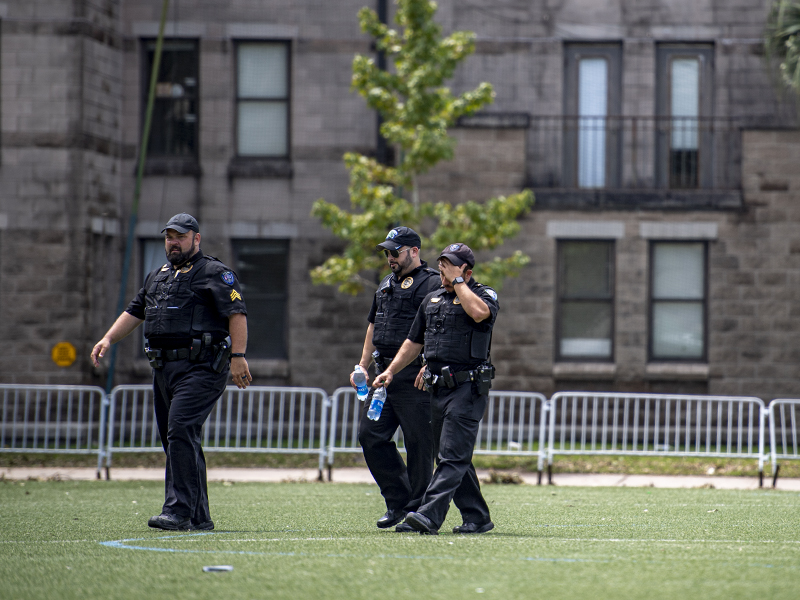 TUPD officers return to the office after assisting with the evacuation of students to Houston on August 31. From left to right: Sgt. Joseph Elfer, Lt. Rodrigo Solorzano and Lt. Nicholas Raziano. (Photo by Paula Burch-Celentano)

The Tulane University Police Department (TUPD) had been working tirelessly to protect the Tulane community even before Hurricane Ida made landfall along Louisiana’s coast on Aug. 29 and continues to serve during the recovery. As essential employees, all TUPD officers and staff from uptown, downtown and the Tulane National Primate Research Center, approximately 100 employees total, have been averaging 12-hour workdays in response to the threat and aftermath of the storm.

Prior to Ida’s landfall, TUPD assisted with the evacuation of students from Irby, Phelps, Wall and Paterson residence halls after it was determined, in an overabundance of caution, that students should relocate to the Lavin-Bernick Center for University Life due to the proximity of a construction crane to their residence hall. Immediately after Ida passed through the New Orleans metro area, officers conducted numerous check-ins to assess the well-being of students who were still on campus. TUPD officers also assisted with meal delivery to students and remained available for any public safety issues that arose in the aftermath of the storm.

TUPD also participated in the evacuation of all Tulane students by coordinating the arrival and loading of buses transporting students to Houston, as well as providing vehicle escorts to make certain the buses were able to safely leave the city.

“Working through this event has been a collaborative effort by every TUPD division and assignment. As situations arise assignments are directed and all our personnel have been extremely flexible and adaptive,” said officer Jarrod Sullivan, TUPD deputy chief of support services.

TUPD has partnered with Allied Universal Security to provide additional staffing at security stations in buildings and around critical assets on all three campuses.

“TUPD’s primary mission is to ensure the safety of the campuses so that triage and response can occur. In order to accomplish this, we have undertaken many additional duties such as damage assessment and facilitating access for critical employees,” Sullivan said.

TUPD will continue to assist in hurricane response while also providing their regular law enforcement services to all campus locations to ensure that Tulane is able to undertake all necessary repairs and recovery efforts and return to normal operations as soon as possible.