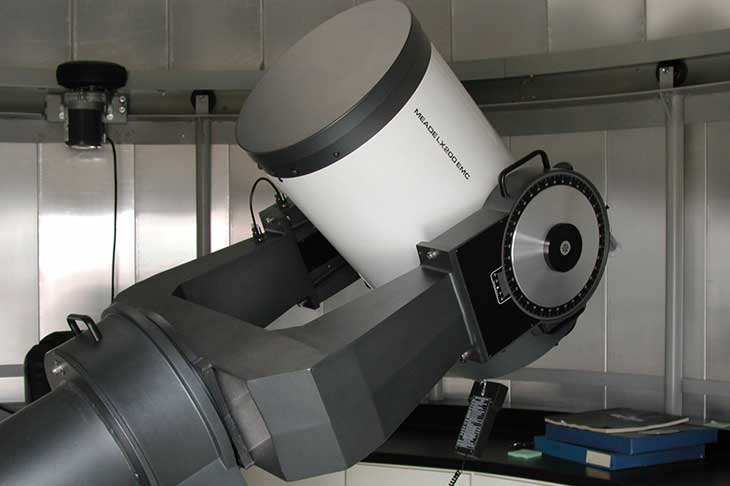 During a special viewing session at the Tulane Observatory on Monday (May 9), planet gazers can see the rare passage of Mercury between Earth and the sun. (Photo from Tulane University Observatory)

Take advantage of one of the last opportunities to view celestial occurrences during the current academic year when the Tulane University Observatory opens for a special viewing session Monday morning (May 9), from 8 to 11 a.m., to view the transit of Mercury.

According to NASA’s web site, this is a rare event: “Mercury passes between Earth and the sun only about 13 times a century, its last trek taking place in 2006.”

It will be impossible to see Mercury without a telescope or other special optical equipment, though. Even through a telescope’s lens, the planet will appear to be a tiny black dot on the sun’s surface; its journey “across” the sun will take more than seven hours.

The observatory is located on the roof of Joseph Merrick Jones Hall, 6801 Freret St. For the most up-to-date information and other viewing events, follow the Tulane University Observatory’s Facebook page.