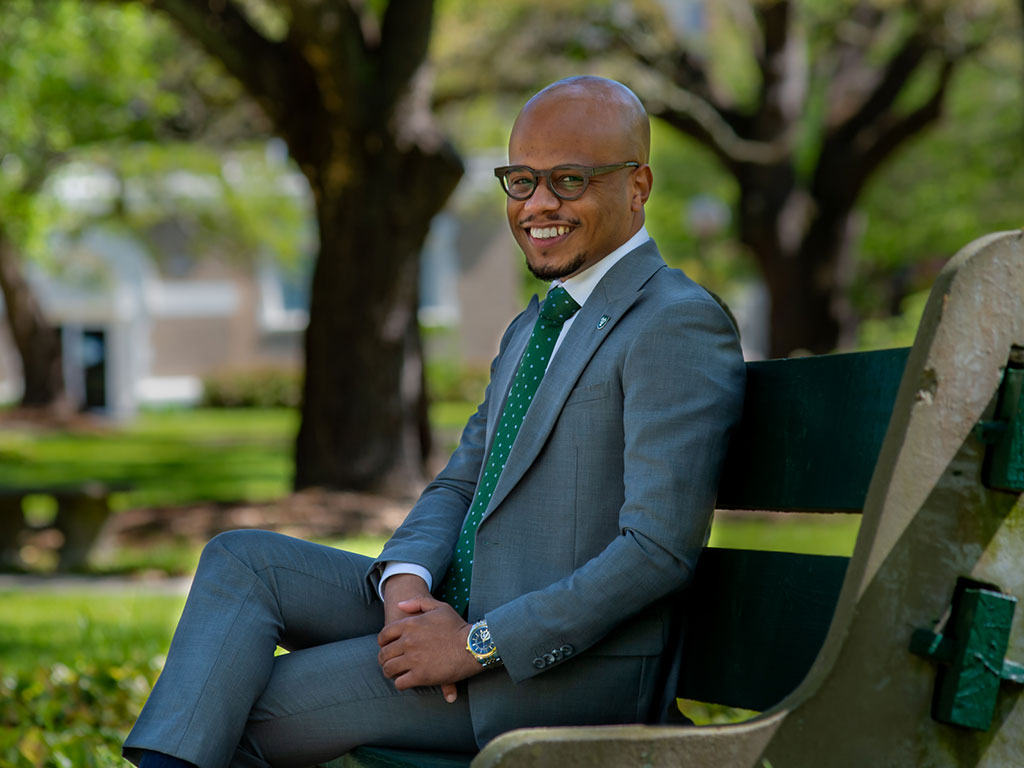 Will Ferbos, Tulane’s associate vice president for Institutional Affairs and deputy chief of staff to President Michael Fitts, has received the Yvette Milner Jones Award for 2021. He has been with the university for 14 years. (Photo by Sally Asher)

The Office of Human Resources and Institutional Equity announced that Will Ferbos, Tulane’s associate vice president for Institutional Affairs and deputy chief of staff to President Michael Fitts, has received the Yvette Milner Jones Award for 2021.

The award is given every three years to a Tulane employee who advances the mission of the university through developing and growing relationships between the university and external constituents, exhibiting leadership, and demonstrating innovation. The award is named after Yvette Jones, a longtime employee who exhibited dedicated service to Tulane through various positions over three decades.

Ferbos was nominated by several Tulanians, including many university leaders who mentioned Ferbos’ empathy and fairness, and substantial impact in collaborating with students, parents, faculty and staff, board members, and other members of the community.

“Whenever I chat with [students], I am usually inspired and learn something new ... Our work, no matter what our individual roles are, has a direct impact on the next generation of leaders.”

“Will handles complex issues with grace and humility, leading by example, and always with the following thought in mind: how can we achieve the best outcome for Tulane?” read one nomination letter. More than one supporter noted Ferbos’ tendency to stay out of the spotlight, while quietly working toward the greater good in any given situation.

“The diversity of my work is one of my greatest pleasures but it also presents one of my greatest challenges,” he said, adding that, like most people, his to-do list is pages long and in constant need of prioritization (but he does his best to keep his email inbox empty, a feat that helps him stay on top of situations).

“I meet with students really often. And whenever I chat with them, I am usually inspired and learn something new. They’re the reason we’re all here. Our work, no matter what our individual roles are, has a direct impact on the next generation of leaders.”

Ferbos said that even as a high school student, spending summers on campus (his mother also works at Tulane), he had great admiration for Yvette Jones, who in 2016 retired as executive vice president for university relations and development.

“To receive an award that’s named after Yvette and her spirit of service and leadership to Tulane is an honor. And being in a position to receive this award, with President Fitts’ support, friendship and guidance over the last several years, is very humbling. I am truly grateful for this moment in my Tulane journey.” 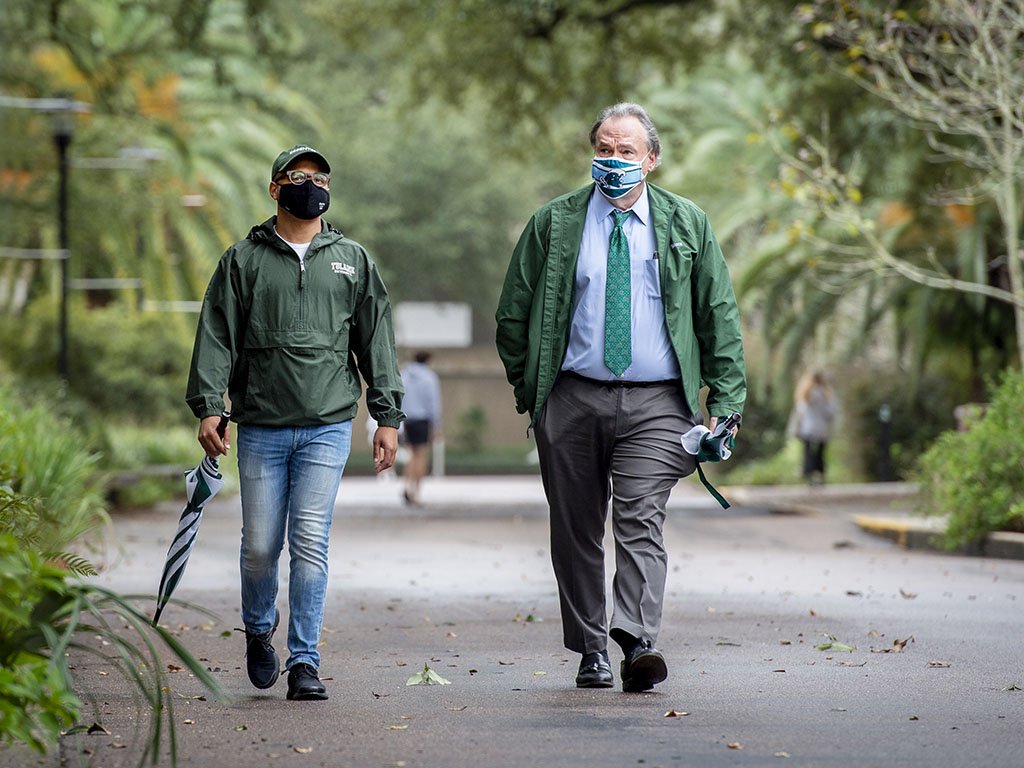 Ferbos and President Fitts walk near the Commons on the Uptown campus. Ferbos credited President Fitts' support, friendship and guidance since he has been part of the president's staff. (Photo by Paula Burch-Celentano)