Astronaut Doug Hurley to address Class of 2020 during special commencement 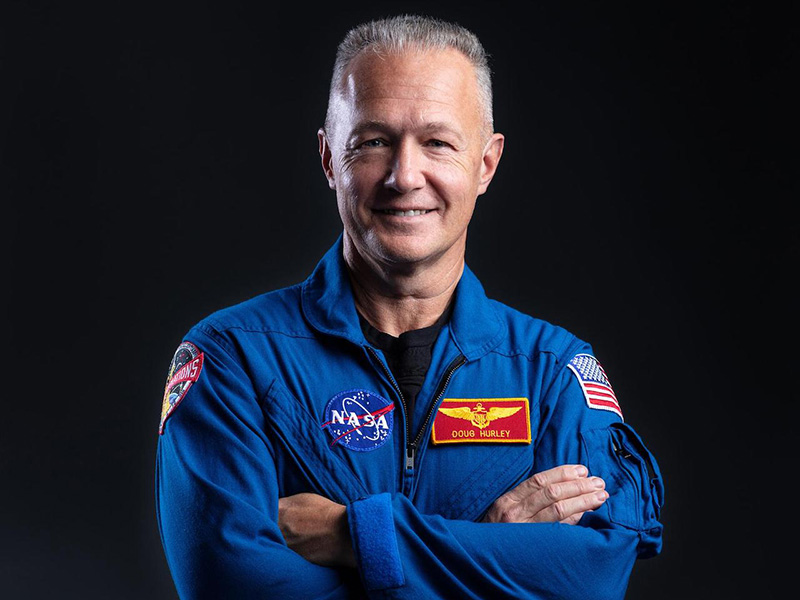 Tulane University will welcome graduates of the Class of 2020 back to its uptown campus on Friday, April 22 at 6:30 p.m. for a commencement ceremony in Avron B. Fogelman Arena in the Devlin Fieldhouse.

Due to COVID-19 restrictions, the more than 3,500 members of the Class of 2020 did not have the opportunity to enjoy a traditional Tulane Commencement. Instead, Tulane saluted them remotely in May of 2020 with a special TUgether: Connecting the Class of 2020 celebration. This event featured New Orleans music and celebrity shout-outs from Ellen DeGeneres, Madeleine Albright, Drew Brees, Hoda Kotb, Troy “Trombone Shorty” Andrews, Jon Batiste, Tim Cook and more.

“It was a joyful send-off, but we missed our graduates’ physical presence, their smiles and tears, as well as their families and friends. We vowed to bring the Class of 2020 back to campus at a later date for the commencement celebration they deserved,” Tulane President Michael Fitts said.

The ceremony, whose date was chosen through a survey of 2020 graduates, will include live New Orleans jazz, recognition of graduates as they cross the stage and a keynote address by Col. Douglas G. Hurley, a 1988 Tulane graduate, NASA astronaut and commander of the first crewed test flight of the SpaceX Crew Dragon.

“Col. Hurley’s piloting of NASA’s SpaceX Demo-2 mission, which launched on May 30, 2020, lifted the spirits of a nation struggling through the early months of a global pandemic. This successful mission was a stirring symbol of hope in an otherwise difficult year and a reminder of the heights that human ingenuity could reach despite the challenges the country and world were facing. In choosing this year’s keynote speaker, we selected a genuine hero – someone who represents the very best of Tulane on a national and international scale,” Fitts said.

During his 62 days at the International Space Station, Hurley contributed more than 110 hours supporting the orbiting laboratory’s investigations. He also served as the robotics operator and intravehicular officer for four spacewalks.

Prior to the SpaceX flight, Hurley piloted two space shuttle missions to the International Space Station, including the last flight of the space shuttle program in 2011. A devoted Tulanian and alumnus of the university’s ROTC program, Hurley remains active at Tulane, including serving on the Board of Advisors for the School of Science and Engineering. He also received Tulane’s Distinguished Alumni Award in 2015 and will be honored with the President's Medal at the 2020 Commencement.

While his career has taken him far from Tulane, Hurley has always carried a bit of his alma mater with him, including a Tulane flag he brought on the space shuttle Endeavour’s mission to the International Space Station in 2009.

“Commencement speakers often tell graduates to reach for the stars. The amazing Class of 2020 will hear from a speaker who has actually done just that,” Fitts said.