Tulane A-Z
News HomeNews Home /PR /From Ecuador to the streets of New Orleans, Tulane engineering has no borders

From Ecuador to the streets of New Orleans, Tulane engineering has no borders 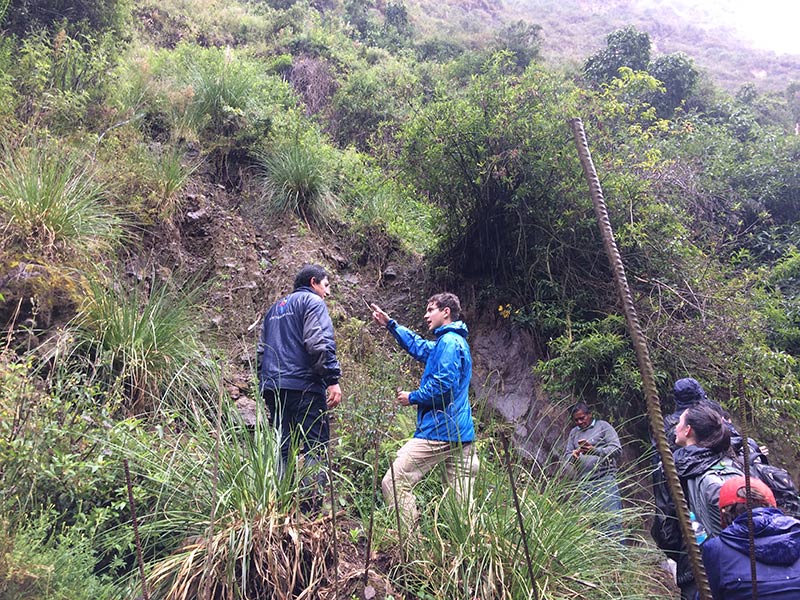 Tomás Perez, right, president-elect of the Tulane chapter of Engineers Without Borders, discusses the pipeline project with a Laquigo engineer during a 2019 trip to Ecuador. (Photo by Audrey Buck) 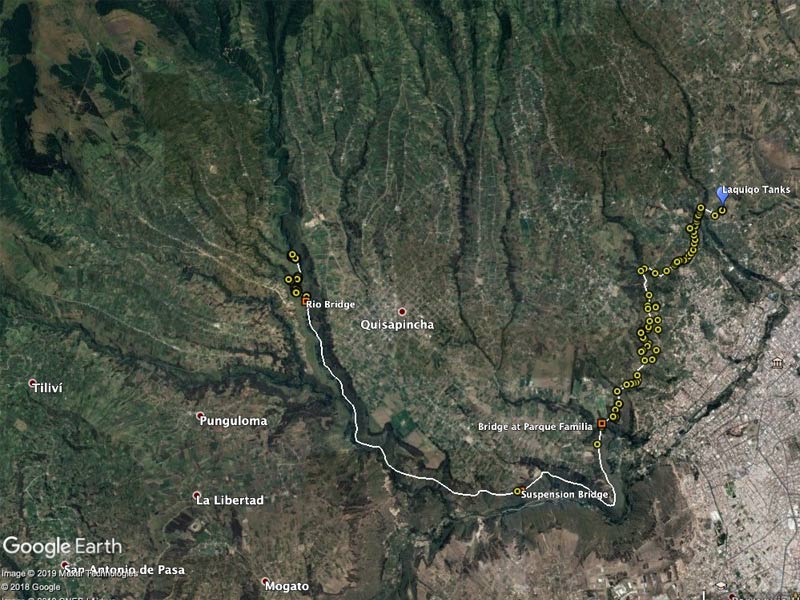 The graphic shows the path of the pipeline from the mountain to the community.

For the past five years, the Tulane chapter of Engineers Without Borders has been working on a water-access project for Laquigo, an Ecuadorian village where residents typically get much of their water from ditches.

The group had planned to spend part of the summer of 2020 in Laquigo, working on the final plans of a 21-kilometer pipeline that would increase the water supply to Laquigo while making sure its access to water could not be cut off by other villages.

“Overall, this semester has been extremely exciting for us, and we hope it is work that can make the School of Science and Engineering proud.”

Westley Sturhan, president of the Tulane chapter of Engineers Without Borders

“The looks on the club members’ faces was horrible,” chapter president Westley Sturhan said. “Everyone was frustrated, we had spent so much time on this project. I was concerned about us not fulfilling our promise to the people of Laquigo.”

The group quickly came up with a Plan B, contacting the agencies and engineers they had already been working with in Ecuador.  “They offered that if we send them the design plans and some of the funding we had raised, they would begin to start working on the project.”

Currently three villages use a shared pipe system. With Laquigo being the last of the three villages on the pipeline, they are often at the mercy of the other villages as to how much water they will receive. But hope is on the horizon.

“The status of the project is that we have finished the design of the entire 21-kilometer pipeline, which includes bridges, aeration, stations, the grading and pressure throughout, and the mountain sources,” said faculty mentor Douglas Chrisey, the Jung Chair of Materials Engineering at Tulane.

“Once travel restrictions are lifted, we will work with the local NGO (non-governmental organization) and community to purchase the pipe and begin the construction.”

While they wait to return to Ecuador, the group has turned much of its attention to other projects, including teaming up with the city of New Orleans to design new storm drain covers that better protect streets from flooding.

“New Orleans streets, and streets all over the world, have storm drains which are constantly flooded due to debris blocking them,” Sturhan said. “This causes a variety of problems from property damage to life threatening situations. With how common hurricanes have been this year, this problem has become more apparent.”

To relieve the problem, Tulane Engineers Without Borders started a “Grate Project,” creating simple grate designs to prevent debris from obstructing storm drains. “We are currently finalizing our design, and once that is complete, we will use the Makerspace studio to create a prototype of the design, which we hope to then implement.”

The group also started a speaker series called “Voices in STEM,” with Tulane alumni speaking remotely about the challenges they faced as they began their careers.

“Our event focuses mostly on female alumni, since Tulane has a higher number of women enrolled in engineering than average,” Sturhan said. “They talk about how they got to where they are and what they wish they had known when they were in college. They have also talked about some of the double standards they have faced as women and how they overcame them.”

Despite some of the group’s challenges this year, Sturhan said it has turned out better than he could have ever anticipated. “Overall, this semester has been extremely exciting for us, and we hope it is work that can make the School of Science and Engineering proud.”