Tulane A-Z
News HomeNews Home /PR /Engineering of the Mississippi River has kept carbon out of the atmosphere, according to new study

Engineering of the Mississippi River has kept carbon out of the atmosphere, according to new study 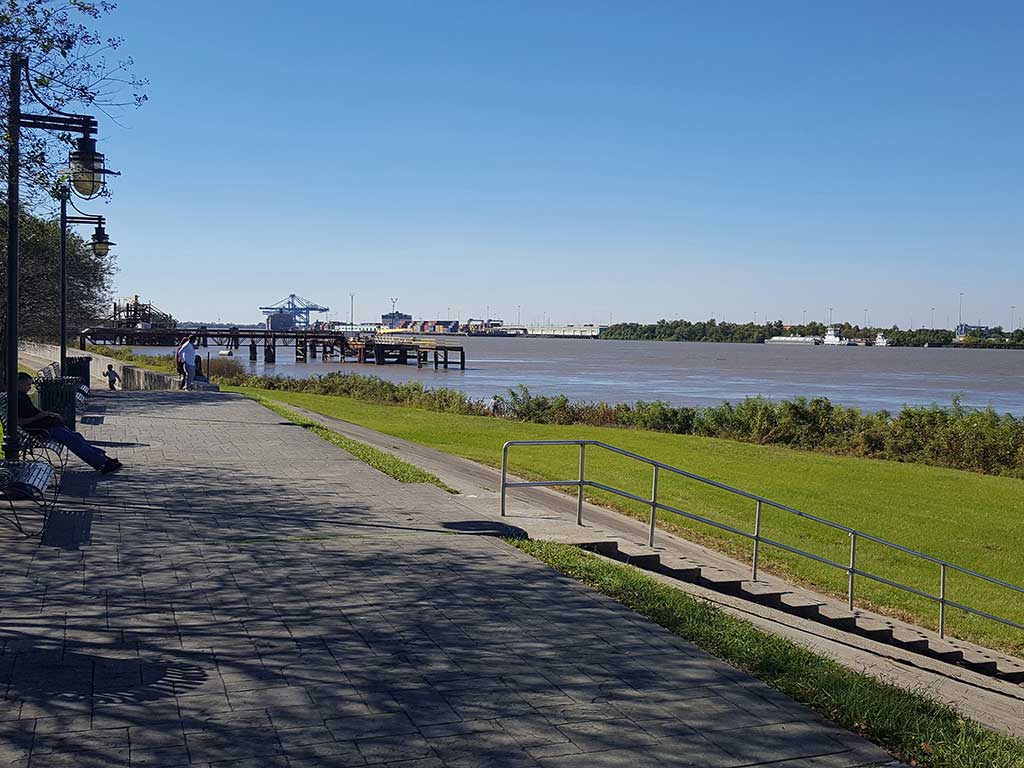 A new study shows how engineering of the Mississippi River has actually reduced carbon in atmosphere. (Photo by Torbjörn Törnqvist)

A new study co-authored by a Tulane University geoscientist shows that human efforts to tame the Mississippi River may have had an unintended positive effect: more rapid transport of carbon to the ocean.

The paper, published in AGU Advances, describes the work of a team of researchers who set out to learn more about the fate of organic carbon that is transported in large quantities by the Mississippi River. Organic carbon is mainly derived from plant remains, soils and rocks throughout the drainage basin of the Mississippi River that covers about 40% of the United States.

“We estimate that over the past century, the amount of organic carbon lost to the atmosphere during Mississippi River transport to the Gulf of Mexico has been reduced by at least 2.5 billion pounds (over one million metric tonnes) per year,” said co-author Torbjörn Törnqvist, Vokes Geology Professor in the Tulane Department of Earth and Environmental Sciences.

The researchers used a novel approach by measuring not only the age of carbon that has accumulated in Mississippi Delta sediments, but also the time of deposition of the sediment itself. They found that around 1,000 years ago, the carbon was generally more than 5,000 years older than the sediment in which it occurred. In historic time it is less than 3,000 years older.

“This shows that during prehistoric times, organic carbon took a much longer time to make it down to the mouth of the river, and a lot of it was lost along the way,” Törnqvist said. “The main reason that this has dramatically changed is that we have built levees, which prevents flooding and the dispersal of organic matter onto the vast floodplain where much of it would degrade and return back into the atmosphere.”

The question is whether this also means that carbon is now buried at higher rates in the Gulf of Mexico than in the past. In February 2020, Törnqvist participated in an oceanographic cruise off the Louisiana coast which aimed to better understand what happens with organic carbon from the Mississippi River once it enters the ocean. Results from this expedition are expected in coming years.

The newly published study has potential implications for the global carbon cycle, considering the rapid changes to other large rivers – such as those in the tropics – that transport significant amounts of carbon.

The lead author on the paper is Zhixiong Shen, a former research assistant professor in Törnqvist’s group and currently an associate professor at Coastal Carolina University. The other co-authors are from the University of South Florida and the University of Salzburg in Austria. Funding was provided by the U.S. National Science Foundation.