Former Secretary of State Madeleine Albright to speak at Tulane 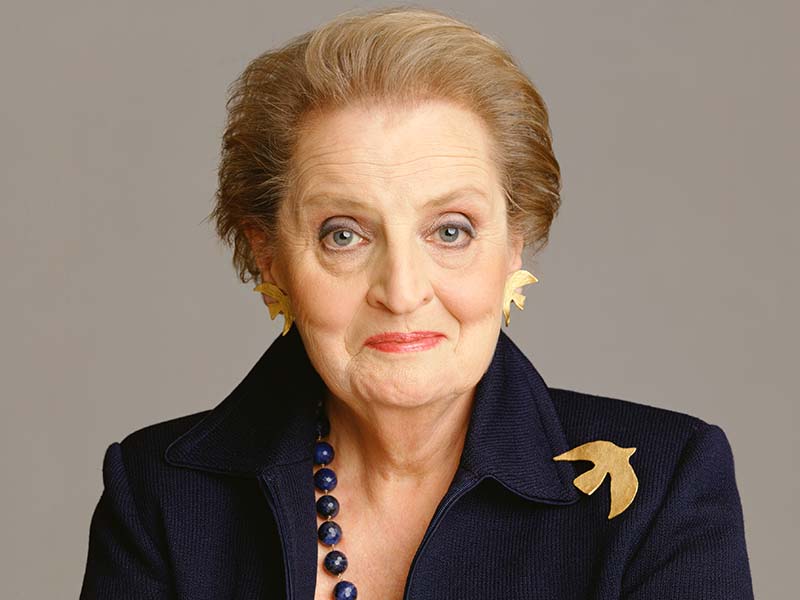 Former Secretary of State Madeleine Albright will discuss nationalism, populism and her new book, “Fascism: A Warning,” during the next Tulane-Aspen Institute Values in America Speaker Series event. (Photo by Timothy Greenfield Sanders)

Former Secretary of State Madeleine Albright will be the featured speaker in the next Tulane-Aspen Institute Values in America Speaker Series on Tuesday, February 12 from 6-7 p.m. in Dixon Hall on the Tulane University campus. The event is free and open to the public.

Tulane professor of history Walter Isaacson will moderate the discussion, which will center on nationalism, populism and Albright’s new book, Fascism: A Warning.

A question and answer session will follow the discussion, and there will be a post-event book signing by Albright.

Albright is a professor, author, diplomat and businesswoman who served as the 64th Secretary of State of the United States. Albright received the Presidential Medal of Freedom, the nation’s highest civilian honor, from President Barack Obama on May 29, 2012.

In 1997, Albright was named the first female Secretary of State and became, at that time, the highest-ranking woman in the history of the U.S. government. From 1993 to 1997, Albright served as the U.S. Permanent Representative to the United Nations and was a member of the President’s Cabinet.

Albright served as President of the Center for National Policy from 1989 to 1992.  Previously, she was a member of President Jimmy Carter’s National Security Council and White House staff and served as Chief Legislative Assistant to U.S. Sen. Edmund S. Muskie.

The Tulane-Aspen Institute Values in America Speaker Series kicked off with its inaugural event on April 19, 2018, featuring professor Isaacson as moderator and renowned presidential historian, Jon Meacham, serving as the first guest.  Pulitzer Prize winner Annette Gordon-Reed, an American historian and legal scholar, was the second guest on Oct. 28, 2018.

The Tulane-Aspen Institute Values in America Speaker Series features a variety of speakers who give voice to the nuanced and stimulating topic of values in America.