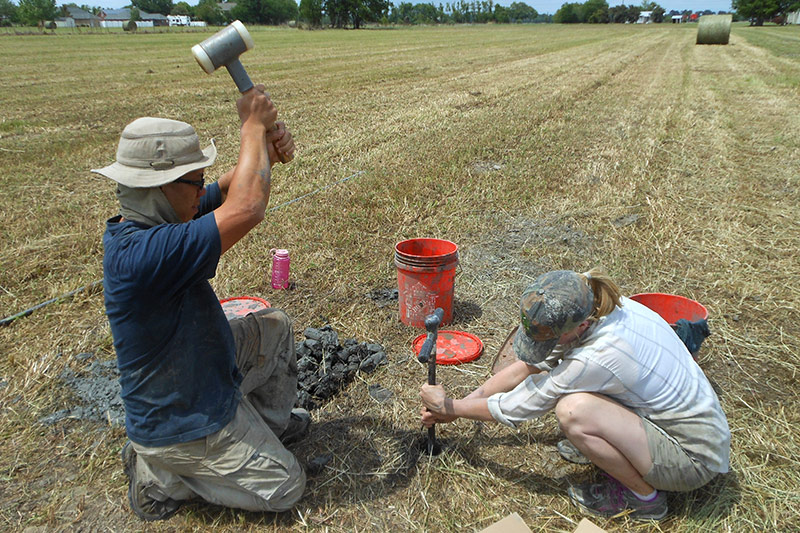 Although river diversions that bring land building sediment to shrinking coastlands are the best solution to sustaining portions of the Mississippi Delta, a new Tulane University study concludes that the rate of land building will likely be dwarfed by the rate of wetland loss.

“Optical dating determines when sediment grains were deposited by measuring their last exposure to daylight,” said Elizabeth Chamberlain, lead author and recent Tulane PhD graduate. “This method allowed us to date the shoreline of the Lafourche lobe in the central Mississippi Delta and to calculate that it advanced at a rate of 300-500 feet per year for almost 1,000 years.”

“These findings show that river diversions are our best bet to rebuild portions of the Mississippi Delta. However, difficult choices will have to be made about where to locate these diversions."

Prior to human influence, the Mississippi Delta grew at a rate of 2 to 3 square miles per year. But these rates fall far short of the rates of land loss in coastal Louisiana, which have averaged 15 to 20 square miles per year over the past century, the researchers said.

Tulane Vokes Geology Professor Torbjörn Törnqvist, a co-author of the study, said that given the accelerating rates of sea-level rise that will likely continue long into the future, even the best designed river diversions won’t be able to prevent more land loss. “Therefore difficult choices will have to be made about where to locate these diversions,” he said.

With limited federal and state funding, positioning river diversions in areas that have the greatest land building potential and protect the largest population centers, as opposed to multiple diversions targeting the entire shoreline, is the only viable option.

Chamberlain, now a postdoctoral fellow at Vanderbilt University, and Törnqvist conducted the research with colleagues from Coastal Carolina University, the University of Liverpool in the United Kingdom and Wageningen University in The Netherlands.

Justin Lawrence, program director in the National Science Foundation’s Division of Earth Sciences, which funded the research, said the results of the study are striking. “The findings will inform coastal policy and management in this low-lying U.S. region.”

Additional funding was provided by the Coastal Protection and Restoration Authority of Louisiana.