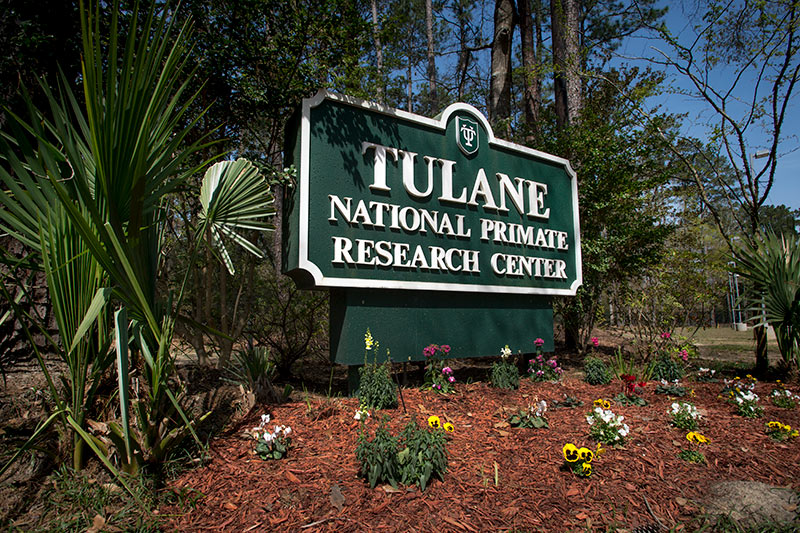 The National Institutes of Health has awarded a five-year, $42 million grant to the Tulane National Primate Research Center (TNPRC) to continue its mission to fight diseases and improve human health through biomedical research.

The funding is a renewal of the primary base grant that supports the operation of the 54-year-old center, which employs 300 scientists, staff and animal care workers on a campus located on 500 acres of land in Covington, Louisiana. The center will receive $8.47 million each year — money that supports everything from infrastructure to IT— which helps make life-saving research possible.

“This renewal is quite an accomplishment, and funded at its highest level ever,” said Jay Rappaport, PhD, TNPRC director. “The continued success of the center and this application is the result of the close collaboration between the senior leadership at Tulane, including Dr. Lee Hamm, senior vice president and dean of Tulane School of Medicine, a dedicated and talented leadership team at the primate center, as well as the enormous contributions from our scientific division directors, center directors, core leaders, faculty and staff.”

The center’s research focuses on finding cures, treatments and preventions for infectious diseases including HIV/AIDS, Lyme disease, malaria and tuberculosis. TNPRC is one of only three federal sites selected by the NIH to test promising AIDS vaccines in nonhuman primates. The center also has strong programs in regenerative medicine that use vector-based gene therapies and stem cell-based interventions for genetic and acquired diseases.

“As we move forward into this next funding period, we will be expanding our scientific direction beyond infectious diseases to look at diseases of aging including neurodegenerative diseases and cardiovascular disease, and drugs of abuse,” Rappaport said. “Our plan is to increase collaborations with other Tulane investigators including the Center for Aging, the Brain Institute, Department of Microbiology and Immunology within the School of Medicine, as well as the School of Public Health and Tropical Medicine.”

The center applied for the grant last September and the NIH sent out a team of 26 reviewers in March to conduct a site visit.

“These are limited competition awards,” said Mark Alise, chief operations officer for the TNPRC. “Once you get one, you basically compete against yourself and demonstrate that the work that you’ve been doing is worthy of being renewed again and so we’ve been able to do that for more than 50 consecutive years, which is pretty impressive.”

Funds from this NIH grant will be used to support the administration, operations, veterinary resources, scientific research resources, pilot research program, improvements and modernization, outreach, and education and training activities of the center.

TNPRC is part of a national network of seven federally funded National Primate Research Centers dedicated to fighting diseases from Alzheimer’s to Zika and improving human health and lives worldwide. In partnership with the NIH, other government organizations, private foundations and industry, the centers conduct studies that make breakthrough discoveries of preventions, treatments and cures possible.