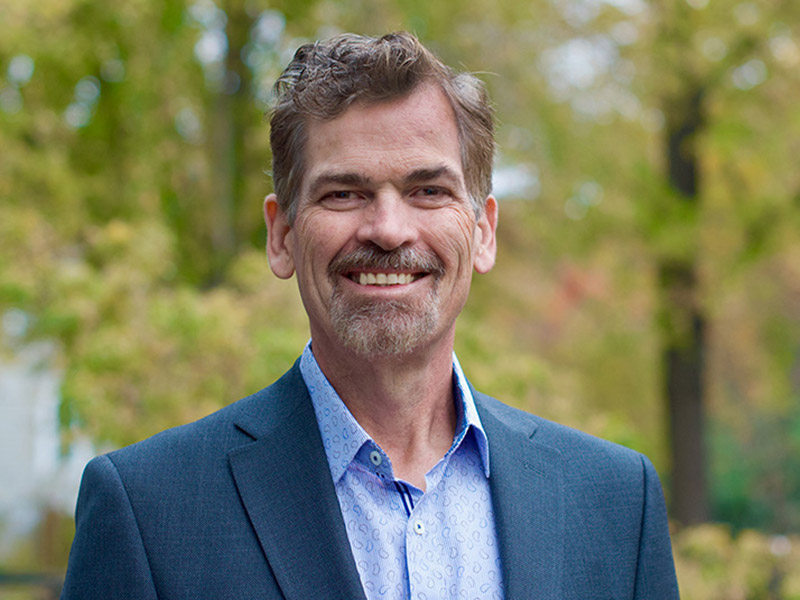 Award-winning neuroscientist Matthew Dalva, PhD, whose research focuses on how the connections of the brain form and are changed by experience, has been appointed as director of the Tulane Brain Institute and the university’s newest Presidential Chair.

“The recruitment of acclaimed scientists such as Matthew Dalva to lead the dedicated team at the Brain Institute is crucial in realizing tomorrow’s breakthroughs and advances in the study of the brain.”

“I am honored and enthusiastic to be appointed as a Presidential Chair and to be given the opportunity to guide the Tulane Brain Institute as its director,” Dalva said.  “I believe that the best science is done at the intersection of new ideas, technology, people and challenges. The Tulane Brain Institute seeks to generate such an intersection, and I look forward to fostering its success in the Crescent City.”

Presidential Chairs are one of the top priorities for Tulane President Michael Fitts as he seeks to attract some of the world’s most renowned faculty members in areas such as biomedicine, coastal restoration, global health, nanotechnology and emerging fields of discovery. Presidential Chairs embark on a pursuit of teaching and research that crosses multiple disciplines and helps transform the world.

“Tulane’s goal is to be a world-leader in the ever-involving and increasingly important field of brain science,” said Fitts. “The recruitment of acclaimed scientists such as Matthew Dalva to lead the dedicated team at the Brain Institute is crucial in realizing tomorrow’s breakthroughs and advances in the study of the brain.”

Dalva's work focuses on how neurons form the connections that let them communicate. Individuals’ interactions with the outside world trigger changes in neurons that are critical for the generation of the connectivity in the brain responsible for higher cognitive function.

Research in the Dalva laboratory focuses on the mechanisms by which the growth of the brain, and experience-driven activity regulates the maturation and refinement of the essential building blocks of neural circuits.

“I am thrilled that Matthew will be joining us,” said Senior Vice President for Academic Affairs and Provost Robin Forman. “He is a leader of a new generation of neuroscientists who are exploring neural dynamics at a molecular level. He is asking new questions, developing new techniques, and discovering insights that may point the way to new therapeutics. And he has an exciting vision for the Brain Institute, building on our current faculty and research strengths and positioning us to be a leader in several areas of growing importance and excitement.”

Dalva’s work on the connections among neurons and how they form, grow and change, will likely lead to new understanding of disorders such as dementia, addiction and autism in which these connections are lost or abnormal. His research uses super-resolution imaging, cell biology, molecular biology and biochemistry to understand how mechanisms that regulate synaptic development and function are linked to pain as well as diseases as diverse as schizophrenia and Alzheimer's.

“Matthew has an exciting vision for the Brain Institute, and I look forward to our future under his leadership,” said Daniel, who chaired the search committee. Daniel will continue her research at the Brain Institute, where she is leading a $14 million NIH study that aims to understand estrogens, cardiometabolic health and brain aging on which she served as Principal Investigator.

His research has been published in such noted journals as Science, the Journal of Neuroscience, Nature Neuroscience and Neuron.