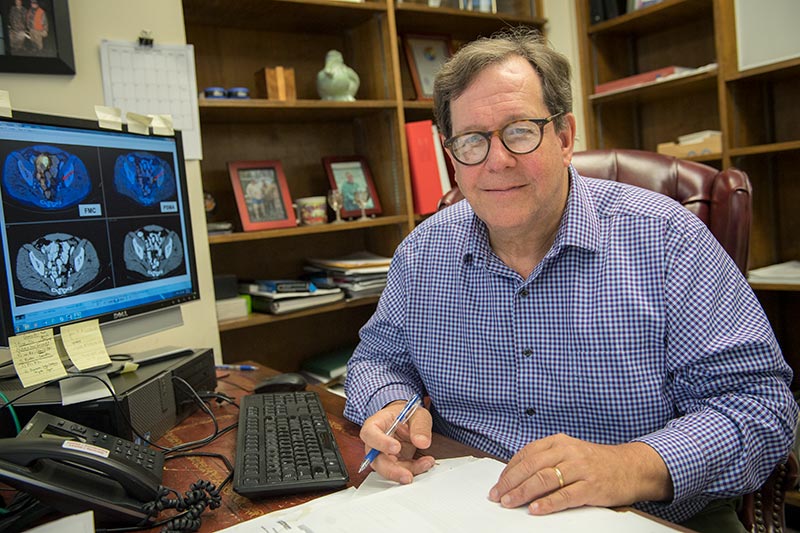 More than 17 percent of prostate cancer patients are born with genetic variants that can be associated with a higher risk for various cancers, according to a new study in JAMA Oncology  by researchers from Tulane University School of Medicine and genetics firm Invitae.

The research, which is the largest study to date on the genetics of prostate cancer, also found that guidelines for genetic testing at the time of the study missed a substantial number of patients, suggesting broader testing is warranted.

“This research shows the genetic risks associated with prostate cancer have been underestimated and provides support for expanding testing to include an increased number of prostate cancer patients,” said lead study author Dr. Oliver Sartor, Tulane Cancer Center medical director. “Expanding the use of genetic testing in prostate cancer patients can inform treatment strategies and potentially suggest treatment with targeted therapies or clinical trials. In addition, testing can provide valuable information for a patient’s family, allowing for increased screening among those at risk that can potentially help prevent additional cancer deaths.”

Previous research has shown that approximately 12 percent of men with certain genetic variants have an increased risk of developing prostate cancer and may also be at risk for more aggressive forms of the disease. Relatives of men with these variants, including female relatives who carry these variants, can also be at increased risk for other cancer types including breast, ovarian, pancreatic, uterine and/or colon cancers.

The study reviewed medical records between 2013 and 2018 for 3,607 men with a personal history of prostate cancer. Unlike previous studies in hereditary prostate cancer, inclusion in the study was not dependent on Gleason score, ethnicity, family history or stage of disease. Gleason scores are based on tumor biopsies to determine how aggressive the cancer may spread. The study included both the largest number of prostate cancer patients and the largest sampling of non-Caucasian patients studied to date.

Results showed that among men with a personal history of prostate cancer, pathological variants were identified in 620 of 3,607 patients (17.2 percent).  Almost 31 percent of those variants included the BRCA1/2 genes, which are associated with breast and ovarian cancers. Positive variants in HOXB13, a gene associated only with prostate cancer risk, were identified in 30 (4.5 percent) patients and this represents an important subset of patients not currently covered by current guidelines.

Examination of provided family histories indicated that 37 percent of the individuals with positive variants in this cohort would not have been approved for testing using the family-based guidelines at the time of study. Guidelines since have been revised and expanded to rely more heavily on Gleason scores for identifying patients for genetic testing. However, Gleason scores were an imperfect predictor of pathogenic variants in this dataset. Furthermore, Gleason scores require biopsy and are not always readily available to practitioners or family members who want genetic testing.

“These findings support broadening and simplifying current guidelines to ensure all patients with prostate cancer have access to genetic information to guide their care and inform their families of any elevated inherited cancer risks,” said Dr. Robert Nussbaum, chief medical officer of Invitae. “Medically actionable genetic information is invaluable for managing, treating and preventing cancer. As clinical understanding of genetics and its impact on disease broadens, there is a medical responsibility to ensure that everyone that may benefit from genetic testing has access to it.”

Prostate cancer is the second-leading cause of cancer death in men in the United States, with more than 174,000 new cases expected to be diagnosed this year according to the American Cancer Society.