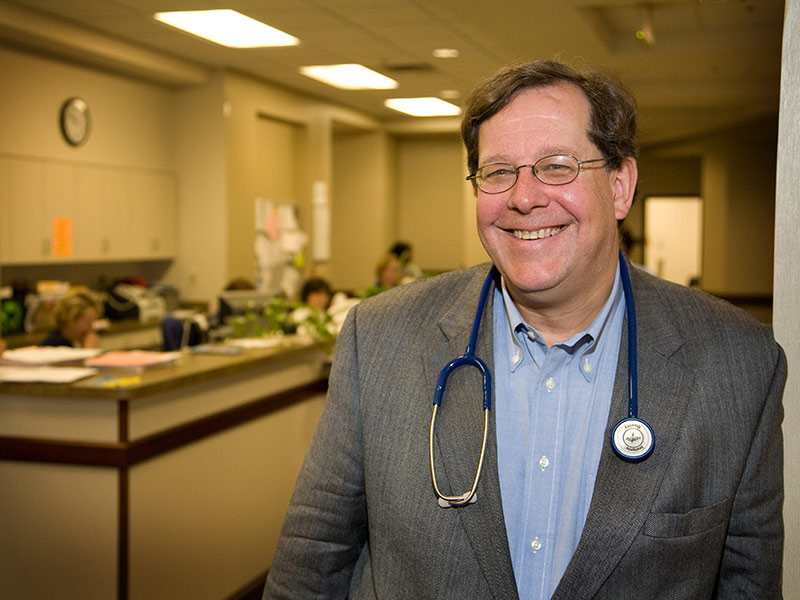 “It is a state-of-the-art review that sets the stage for how advanced prostate cancer is managed today,” said Sartor, MD, medical director of Tulane Cancer Center and C. E. and Bernadine Laborde professor of cancer research at Tulane University School of Medicine.

The New England Journal of Medicine is one of the most-cited and highest impact medical research journals in the world. Other than skin cancer, prostate cancer is the most common cancer in American men. There are almost 165,000 new cases of prostate cancer diagnosed annually and 29,400 deaths from the disease each year, according to estimates from the American Cancer Society.

For years, androgen-deprivation therapies (ADT) were the only treatments available for prostate cancer that spread within the body. The drugs block testosterone, which spurs prostate cancer growth. ADT treatments eventually stop working when tumors develop resistance.

The review covers six of the major drugs that are increasing survival length for prostate cancer patients whose cancer has spread to the bone or other parts of the body. The drugs include docetaxel, abiraterone, cabazitaxel, sipuleucel-T, enzalutamide and radium 223.

Most treatments were initially used after ADT failed, but doctors are seeing success in using some of the drugs much sooner, Sartor said.

“For many years abiraterone was not given until there was evidence of a progressive disease after initial hormonal therapy. But today for a significant subset of patients we are bringing the abiraterone up front. It seems to have even more success treating men in the initial phases of treatment as opposed to the subsequent,” Sartor said. “Same is true for a chemotherapy called docetaxel.”

“Prostate cancer is changing not only from a therapeutic perspective but also from a genetic perspective,” Sartor said. “The article is talking about the new interplay between the genetics and therapy prognosis and implications — who is at risk, understanding the implications for genetic alterations in the disease, understanding the familial implications for those who might be diagnosed with genetic defects and also how those therapies might in fact be altered by the underlying genetics that we find.”

“You can see how the field is going from both the genetic and immunology perspective,” he said. “We're getting better about how we choose our therapies in individual patients and are beginning to personalize the therapies in ways that we could not have done previously.”