Tulane professor explains the study of disasters in new book 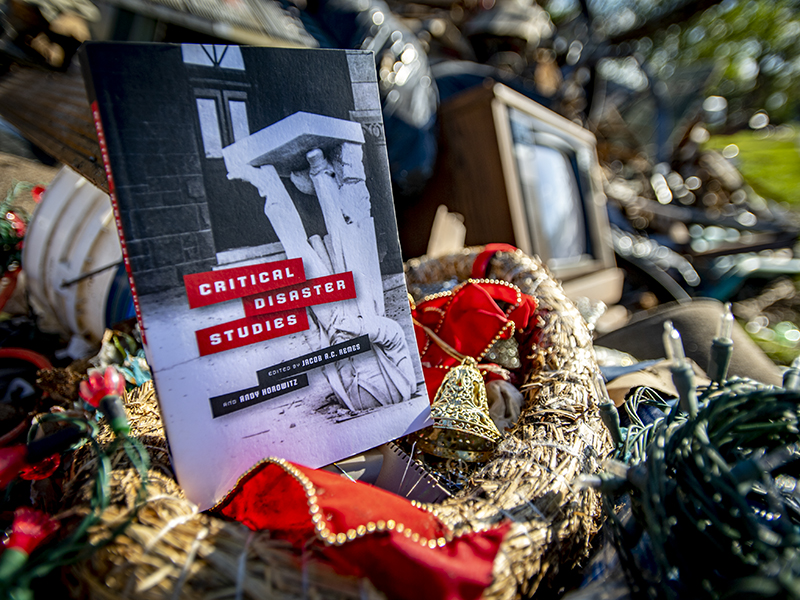 How do disasters come to be known as disasters and how are they used as tools of politics?

Horowitz, the Paul and Debra Gibbon Professor at Tulane, is an expert on the history of disasters and is the author of Katrina: A History, 1915-2015, released last year on the 15th anniversary of Hurricane Katrina. In addition to a course titled “The Katrina Disaster,” Horowitz teaches such classes as “American Disasters: Political, Cultural and Environmental Histories,” “The Climate Crisis” and “American Environmental History.”

"The book offers a new approach to trying to make sense of a world that seems increasingly defined by calamity."

The book’s 10 chapters are written by scholars from five continents and representing seven disciplines, including history, geography, anthropology and political science.  It covers such topics as disaster communications, community-based disaster management, risk and resilience.

“The book offers a new approach to trying to make sense of a world that seems increasingly defined by calamity — floods, wildfires, pandemics and the rest of the dystopian litany of contemporary life,” Horowitz said. “Working across continents and disciplines, we ask, how do certain events come to be understood as disasters?

“Then we analyze how the disaster idea makes an emergency out of some kinds of suffering, while normalizing others,” he said. “And all the while, we are working to strip away the technocratic veneer that too often makes structural processes appear as acute events.”

Although several chapters explore such weather-related disasters as earthquakes, floods and hurricanes, the book includes chapters on the 2007 mortgage crisis, the insurance industry and the issue of slum relocation in Chennai, India.

Horowitz and Remes completed the book just as COVID-19 was beginning to spread across the world. So while they were not able to include a separate chapter on the pandemic, they do write about it in the introduction.

“The problems presented by the pandemic cross the range of human knowledge — they are at once political, economic, cultural, environmental, medical and more — and they demand the kind of interdisciplinary examination that this book models,” they write.

Horowitz said the cover of the book provides a hint of what readers can expect within its 273 pages. It features a toppled statue of Louis Agassis, a renowned biologist from Stanford University. The statue fell during the 1906 San Francisco earthquake, which Horowitz said helped to inspire the development of disaster studies as a field. “The book means to turn the study of disaster on its head,” he said.