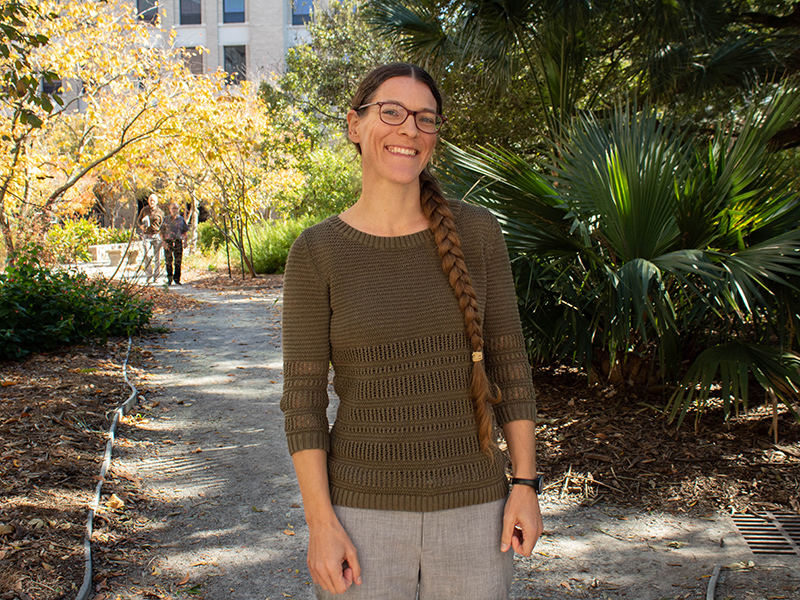 Emily Farrer is an assistant professor in the Tulane Department of Ecology and Evolutionary Biology. (Photo courtesy of Emily Farrer)

Noxious weed invasions represent a major threat to the productivity of rangelands, and in the U.S., invasive plants occupy over 100 million acres of rangeland estimated to cause $5 billion in annual losses.

“We need to understand what factors promote invasion, so that those factors can be targeted for developing means of control,” said Emily Farrer, an assistant professor of ecology and evolutionary biology in the Tulane University School of Science and Engineering.

Over the next four years, Farrer will use a $455,000 grant from the U.S. Department of Agriculture to determine how noxious weeds in California may use microbes and pathogens to facilitate invasions and harm native forage grasses. She will also look at how drought could play a role in altering invasion dynamics.

“Invasion by some noxious weeds can reduce rangeland forage production by up to 90%. This can lead to losses in livestock production, which provides significant economic security, particularly for rural communities.”

Emily Farrer, assistant professor in the Tulane School of Science and Engineering

“Invasion by some noxious weeds can reduce rangeland forage production by up to 90%,” Farrer said. “This can lead to losses in livestock production, which provides significant economic security, particularly for rural communities.”

Farrer said losses in livestock production are ultimately passed on to consumers in the form of higher supermarket prices.

Farrer said her study will focus on two key factors that likely impact plant invasions in the California rangelands—rainfall and microbes. She will specifically focus on how rain and microbes affect invasion by the noxious weed Medusahead, a grass that is not palatable to cattle and is spreading rapidly across California and the western United States.

She and her team will use field survey and field experiments manipulating rainfall and microbes to enhance invasion. They will generate a large database of microbial associates of Medusahead and desirable forage grasses, and then create, isolate and grow microbes to further study their function.

“Overall, a basic understanding of the impact of rainfall and microbes in noxious weed invasion is a first step toward management strategies that promote healthy rangeland and food production in the U.S.”