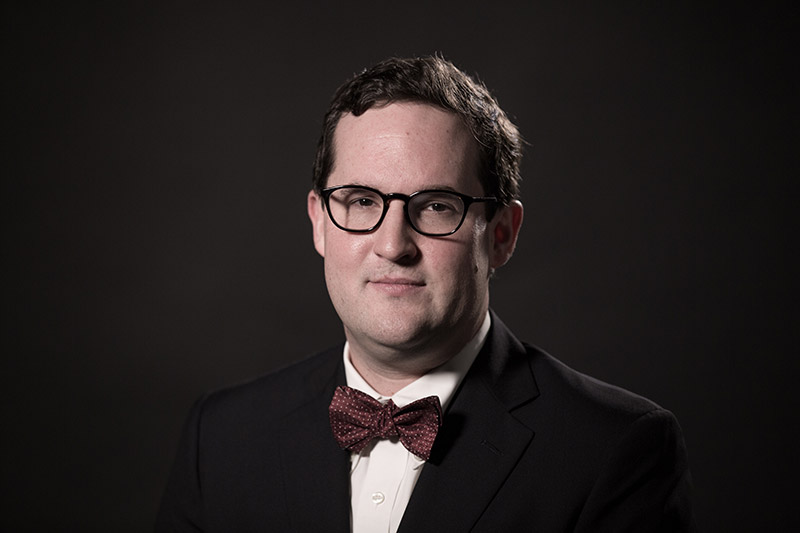 Jesse M. Keenan, an associate professor in the Tulane School of Architecture, is one of the nation's leading scholars on climate change and the built environment. (Photo courtesy of Jesse M. Keenan)

A report released today on climate risk to the U.S. financial system outlines a path forward for shaping the economy in a way that seeks to advance a more sustainable and equitable future, a Tulane University professor and co-editor of the report says.

Jesse M. Keenan, an associate professor of real estate in the Tulane School of Architecture and one of the nation’s leading scholars on climate change and the built environment, served as editor of the publication, together with Leonardo Diaz-Martinez, a former Deputy Assistant Secretary for Energy and Environment in the U.S. Department of the Treasury.

“Our work highlights that climate change is a dire concern for both Wall Street and Main Street.”

The publication is the outcome of a federal advisory committee that has garnered support from a variety of multisector and bipartisan stakeholders. In a jointly-issued letter to the authors of the report on June 2, 2020, Sen. Diane Feinstein, D-CA, and Sen. Marco Rubio, R-FL expressed admiration for the groundbreaking work.

“Most experts understand that climate risk is a serious source of financial instability, and we are pleased to see a U.S. financial regulatory agency make recommendations that multiple federal regulators may be able to use as a model,” the letter states.

As an expert on climate risk and financial systems, Keenan has served as a Special Government Employee Advisor to the U.S. Commodity Futures Trading Commission in his role as editor of the publication. Keenan formerly led climate adaptation research initiatives at the Federal Reserve Bank of San Francisco.

“This publication represents a watershed moment for this country in rising to the challenge of addressing climate change,” Keenan said. “Our work highlights that climate change is a dire concern for both Wall Street and Main Street.”

The report, which will be presented to Congress, addresses the role of U.S. financial regulators within existing regulatory frameworks and how those frameworks, including laws and regulations, can be adapted to better manage climate risk and take advantage of new opportunities for investing in a net-zero economy.

It includes an examination of what foreign governments and global financial institutions are doing to address climate risks and how these practices and ideas can be applied in the U.S. financial system. In addition, it includes recommendations on how firms can adapt to climate change through corporate disclosure, stress testing, scenario modeling, risk management and practices that advance organizational resilience.

“The findings of this publication contribute to an emerging understanding of climate change as a systematic financial risk that threatens our long-term financial well-being,” Keenan said. “Congress now has a roadmap for not only addressing climate change, but also how to invest in a global transition.

“As a faculty member in the School of Architecture, this work is particularly important because it is the asset classes associated with housing, real estate and infrastructure that are on the frontlines of climate risk exposure,” Keenan noted. “However, this report also highlights that it is frontline communities that have the most to lose if we do not adapt our financial and regulatory systems to address climate change and environmental injustice.”

For additional details, The New York Times offers detailed insights in its coverage on Wednesday. A book version of the report is publicly available from the CFTC’s website.