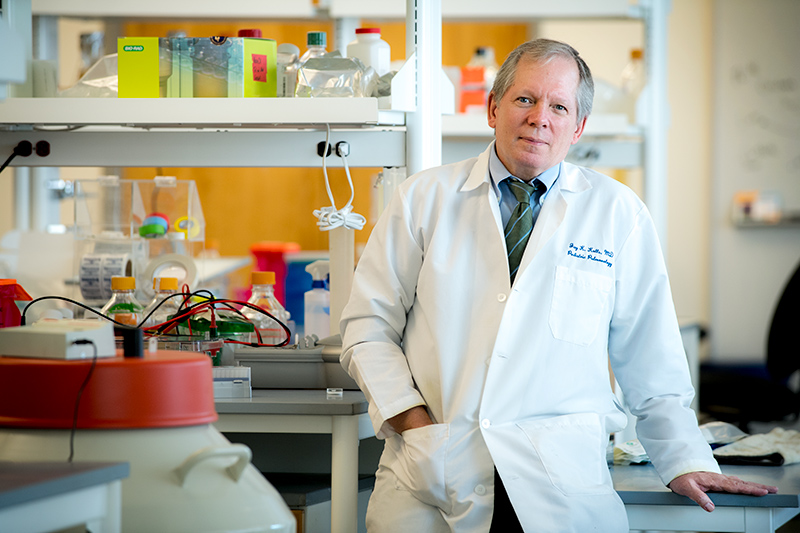 Jay Kolls, MD, a professor of medicine and pediatrics and the John W. Deming Endowed Chair in Internal Medicine at Tulane University School of Medicine, was recently awarded a seven-year, $6 million Outstanding Investigator Award from the National Heart, Lung and Blood Institute to research how lungs fight deadly diseases.

Unlike typical NIH awards that fund a particular project, this award funds an entire research program. This type of program funding can facilitate high-risk, but high-reward research. Kolls believes his team can make a number of discoveries in the coming years.

Kolls is looking for new ways to trigger an immune response in the lungs. His previous research focused on the role of T-helper cells in lung immunity, and now Kolls is working on developing vaccines that could illicit a response from both T- and B-cells to fight lung infections.

“We know people are born with a subgroup of T-cells in the lungs that change over time as they’re exposed to antigens,” Kolls said. “If we deliver an antigen to the lung, we could generate an antibacterial cell that stays in the lung and provides broad protection from bacterial pathogens.”

Kolls says one of the program's goals is to see if vaccines can be developed that stimulate the immune system without damaging the lung. He also wants to learn more about how T-cells work and if they communicate with other cells in the lung. Knowing more about the vaccine response could help prevent infections like pneumonia in people whose immune systems are compromised.

“Understanding the resilience of the host and why most people tolerate fair numbers of bacteria in their nose but don’t get pneumonia is something that drives our research,” Kolls said. “We try to make our work as translational as possible so it’s directly relevant to human health.”

The Outstanding Investigator Award provides investigators with increased freedom to conduct research that breaks new ground or extends previous discoveries in new directions. It also allows researchers to take greater risks, be more innovative, and to pursue research that requires a longer timeframe.