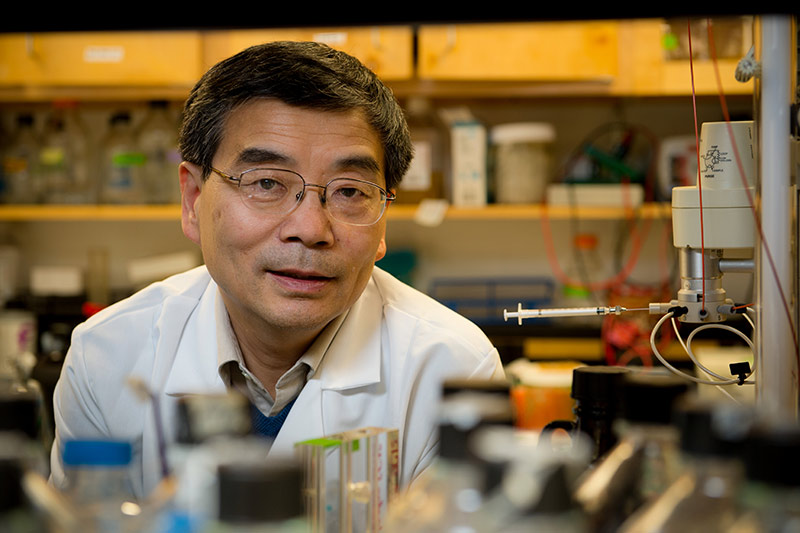 Tulane University researchers have discovered that the protein PHLDB3, thought to be a potential tumor suppressor, actually allows cancer cells to thrive in pancreatic, prostate, colon, breast, lung, and other common cancers. The discovery could explain how cancer is able to overcome p53 – a key tumor-suppressing protein.

The findings, recently published in Nature Communications, could eventually lead to targeted diagnostic tests and treatments of certain types of cancer.

“Now that we’ve identified the molecule, we could utilize it as an anti-cancer target,” said lead study author Dr. Hua Lu, the Reynolds and Ryan Families Chair in Translation Cancer at Tulane. “This target can be used to develop a drug that would hopefully, combined with chemotherapy, be more effective and less toxic.”

Scientists have long known that protein p53 protects against cancer by triggering cells with DNA damage to self-destruct before they become malignant. P53 is kept in check by two genes, MDM2 and MDMX, which regulate its growth and demise. While overproduction of either the genes or the protein is harmful, a balanced production of both p53 and the genes allows for normal cell development.

Lu and his team discovered that PHLDB3 works with MDM2 to inhibit p53, promoting tumor growth. The protein could also cause therapeutic resistance for some late state cancers.

To ensure that PHLDB3 is an optimal drug target, Lu says the next step is to further validate the cancer-causing role of PHLDB3 by using mouse model systems either dependently or independently of p53. He says it’s also important to understand the protein’s biological role in cellular signaling and normal animal development as well as to consolidate its role in human cancer development, progression and drug-resistance.