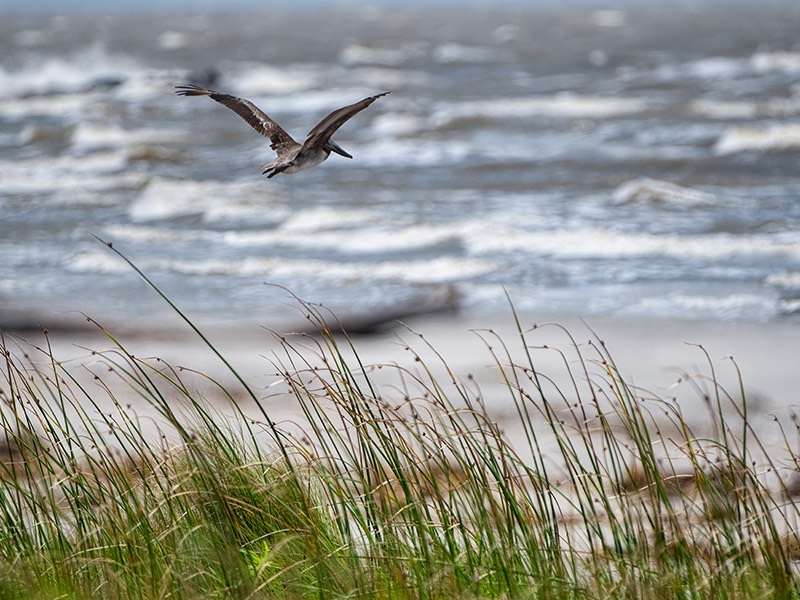 The NOAA RESTORE Science Program aims to carry out research, observation and monitoring to support the long-term sustainability of the Gulf of Mexico ecosystem, which in recent years has experienced loss of critical wetland habitats and significant coastal land loss.

Ehab Meselhe, a professor in the Tulane Department of River-Coastal Science and Engineering, has received a $125,000 grant to plan the creation of an online forecasting tool to help scientists, ecologists and engineers evaluate how freshwater diversion and other coastal restorations projects may impact marine mammals, shorebirds, barrier islands and fisheries from the Mississippi River to the Gulf of Mexico.

Meselhe received one of 20 planning grants totaling $2.3 million for a project that aims to develop a management and forecast system directly accessible to resource managers through a web-based dashboard.

“It’s a preliminary step toward the development of urgently needed management tools for natural resources in the Gulf of Mexico,” Meselhe said. “It was very competitive, and I am so excited to receive one of these planning grants.”

“Our team is intentionally inclusive to capture a broad set of perspectives, experiences and views.”

The grant from the NOAA RESTORE Science Program aims to fund research that reduces the uncertainty around the management of natural resources in the Gulf of Mexico region.

“The team of resource managers and researchers that Dr. Meselhe has assembled will work together to develop a publicly accessible river management and forecast system to explore the tradeoffs between different restoration strategies in the lower Mississippi River as well as examine how to optimize river inflows to reach restoration targets,” said Julien Lartigue, director of the Science Program. “The team submitted a competitive proposal, and we are looking forward to working with them on this award."

NOAA, the National Oceanic and Atmospheric Administration, established the RESTORE Science Program in 2012, to carry out research, observation and monitoring to support the long-term sustainability of the ecosystem.

An estimated 79-92% of all freshwater enters the Gulf of Mexico from the Mississippi River system, and these riverine inflows are a foundational driver to the system, Meselhe said.

“Without fully understanding the effects of the inflows, federal agencies are challenged with properly prioritizing funding toward restoration projects that adaptively manage natural resources and that mitigate for undesirable impacts such as dead zones, high turbidity and harmful algal blooms from freshwater releases,” he said.

“This project will guide prioritization of funding, siting and design of proposed restoration projects and will incorporate adaptive management strategies and guide the management of riverine inflows in the northern Gulf of Mexico.”

He said the project is unique because it will allow resource managers to explore the potential effects of specific management alternatives and will produce a needs-driven and science-based forecast system that builds capacity for interdisciplinary work through training and engagements.

“Our team is intentionally inclusive to capture a broad set of perspectives, experiences and views,” Meselhe said.