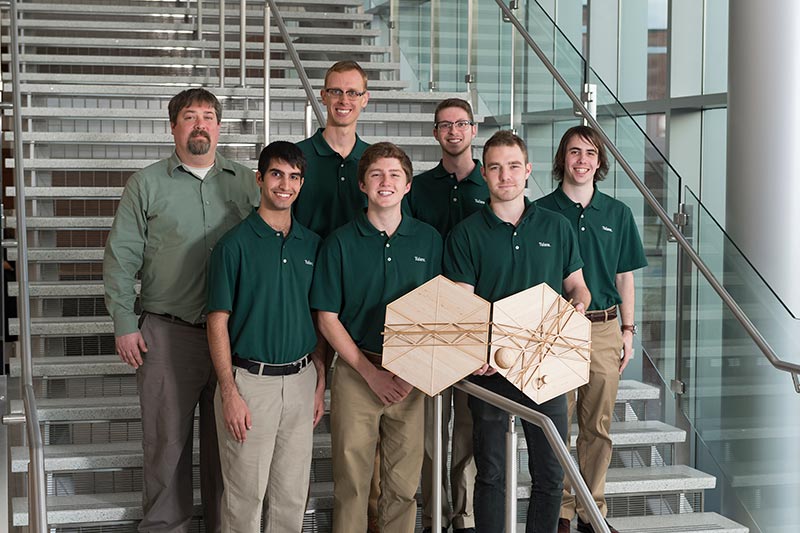 Five finalist teams from around the country presented concepts for next-generation spacecraft to top scientists at the NASA Langley Research Center in Hampton, Virginia, on Feb. 16.  The challenge is part of NASA’s efforts to rapidly develop game-changing technologies for future space missions, including transit to deep-space locations such as Mars.

The winning team members get paid internships at NASA this summer.

“I’m extremely proud of our students who put in so much independent effort towards making their project absolutely excellent,” said Tim Schuler, the team’s faculty adviser and senior professor of practice in engineering physics. “They were up against very stiff competition.”

Dubbed “The Sunflower,” Tulane’s winning concept calls for stackable hexagon-shaped modules that unfold like origami from a rocket bay at low-Earth orbit. The identical pieces connect together via magnetic locks to assemble themselves into a one large array of solar powered ion engines that can ferry cargo into orbit around the moon.

“It was a great validation of all of the work we have been doing for the past six months,” said Lyon, team leader and a senior majoring in physics and architecture.

He said the win was even more remarkable because not a single member of the team is an aerospace engineer. Team members are pursuing degrees in biomedical engineering, engineering physics, economics and other disciplines.

The team’s interdisciplinarity was key to the win, said Matthew Escarra, assistant professor in engineering physics who advised members of the team.

“The other teams represented traditional aerospace engineering at the top programs in the country,” Escarra said. “Our hybrid, cross-disciplinary team embodied the Tulane vision of finding innovative solutions from totally different and unique perspectives. It was unlike anything the judges had seen before. This is what won the judges over, and it is an important validation of the unique model at Tulane University’s School of Science and Engineering.”

Like this article? See how else Tulanians are making a difference. 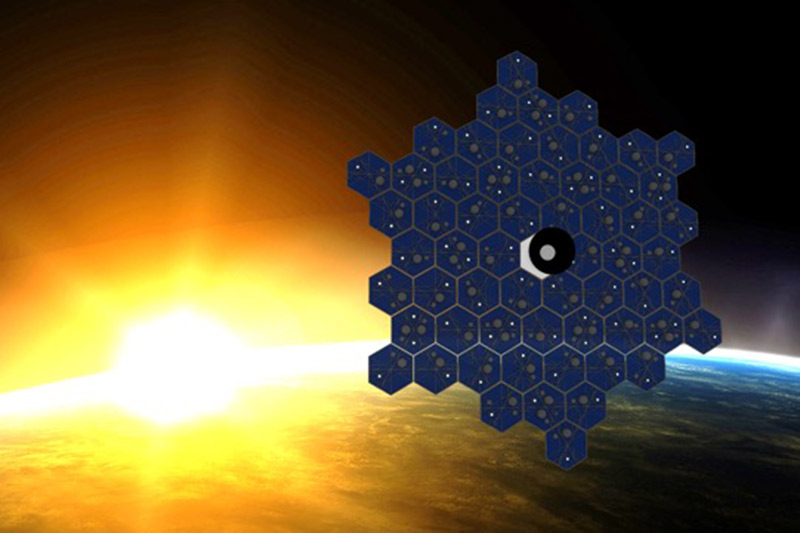 Dubbed “The Sunflower,” Tulane’s winning concept calls for stackable hexagon-shaped modules that unfold like origami from a rocket bay at low-Earth orbit.