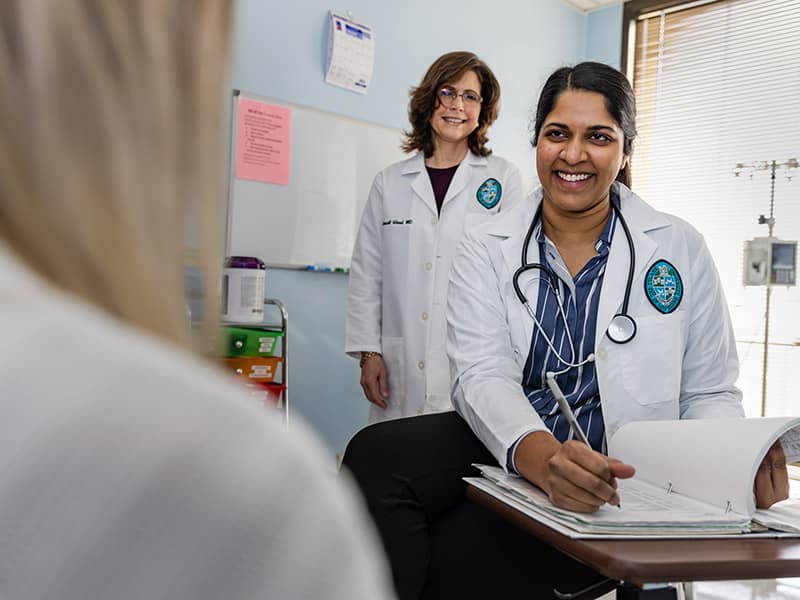 The National Institutes of Health has awarded Tulane University a $1 million grant to increase the number and diversity of physician scientists engaged in heart, lung and blood disease research.

“There’s a growing demand for a new generation of physician scientists who have the skillsets to conduct rigorous scientific research and develop novel approaches that aid in improving prevention, diagnosis and treatment of human disease in clinical practice,” Krousel-Wood said. “Physician scientists are uniquely poised to make a tremendous impact in identifying gaps and opportunities to improve health, constructing hypotheses to address unmet clinical needs, and conducting research that addresses individual patient as well as population needs. This grant will fill an important gap in training the next generation of physician scientists here at Tulane by focusing on resident physicians.”

Resident-Scholars in the four-year Tulane StARR program focus their research in their chosen field of medicine or pediatrics. For six months of each year beginning in year two of the program, scholars will have 80% protected time to concentrate on building research skills and conducting research with established research groups while keeping 20% of time dedicated to clinical care. The second six months of each year will be devoted to clinical training to ensure that residents have sufficient time and continuity in building clinical skills.

“Throughout the StARR program, resident-scholars alternate research and clinical rotations to ensure that they are proficient in delivering clinical care and in building their research careers,” Krousel-Wood said.

Overall, Tulane has garnered more than $140 million in funded research for physician scientists and other investigators dedicated to heart, lung and blood disease research training and scientific discoveries. This NIH training grant will fill critical gaps for training resident physicians and increasing the number and diversity of physician scientists conducting research across the lifespan.

“Our goal with this initiative is to give early-stage researchers the foundation to build lasting careers as physician scientists,” said Kolls. “On this track, resident-scholars will have the opportunity to broaden their horizons and skillset in becoming not only excellent physicians, but also outstanding scientists with the quantitative and the qualitative skills that they’ll need to address clinical problems from a research perspective. The long-term goal is to create a sustainable workforce of physician-scientists that will make discoveries and translate discoveries into improving health.”

The StARR program is supported by the National Heart, Lung, And Blood Institute of the National Institutes of Health under award number R38HL155774.