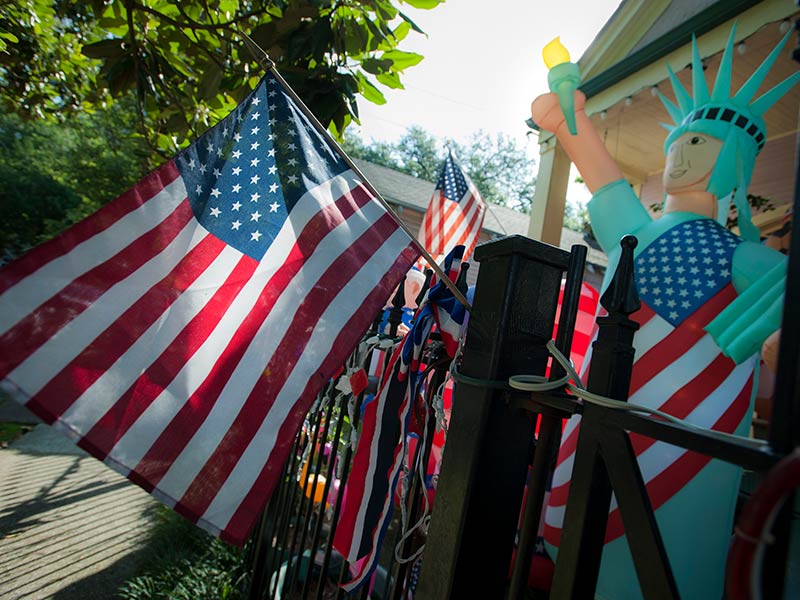 From now through Election Day, Tulane University will present a full slate of election-related activities, from panel discussions and lectures to film screenings and debate watches. Photo by Paula Burch-Celentano.

What would a Trump or Clinton presidency mean for public policy?  Why has the topic of immigration and borders become so controversial? What does the 2016 presidential election have to do with the U.S. Supreme Court?

Those are just a few of the hot-button issues that will be addressed from now through Election Day Nov. 8 when Tulane University presents a full slate of activities, from panel discussions and lectures to film screenings and debate watches.

“The 2016 presidential election has already been historic in many ways and these events should help us all to make sense of the campaign and the decision voters are being asked to make,” said political science professor J. Celeste Lay, one of the organizers of the program. “I encourage anyone, but especially students, many of whom are voting for the first time, to attend and ask questions.”

The Tulane Political Science Department is hosting the first in a series of events on Wednesday, Sept. 14 -- a panel discussion titled Xenophobia, Nativism & Fear in the 2016 Election. The program will feature Tulane political science professors Mark Vail, Casey Love, Martyn Thompson and Chris Fettweis. The program will take place from 4 to 5:30 p.m. at the Lavin-Bernick Center on Tulane’s uptown campus. On Friday, Sept. 16 at 11:30 a.m., Tulane Law School will present a program titled The Constitution and the Election featuring a panel of constitutional law experts.

"These events should help us all to make sense of the campaign and the decision voters are being asked to make."

October will be the busiest month of the series, with events sponsored by a collaboration that includes Newcomb College Institute, the Political Science Department and the Scholars Strategy Network. These include discussions of school board elections, gender and partisanship, public policy under a Trump or Clinton presidency and the voting behavior of political independents

A Newcomb Archives exhibit highlighting the role of women in politics dating from the early 20th century to more recent women’s political movements will be on display through Jan. 31, 2017 at the Caroline Richardson Building.

All events are free and open to the public. Click here for a full list of activities.