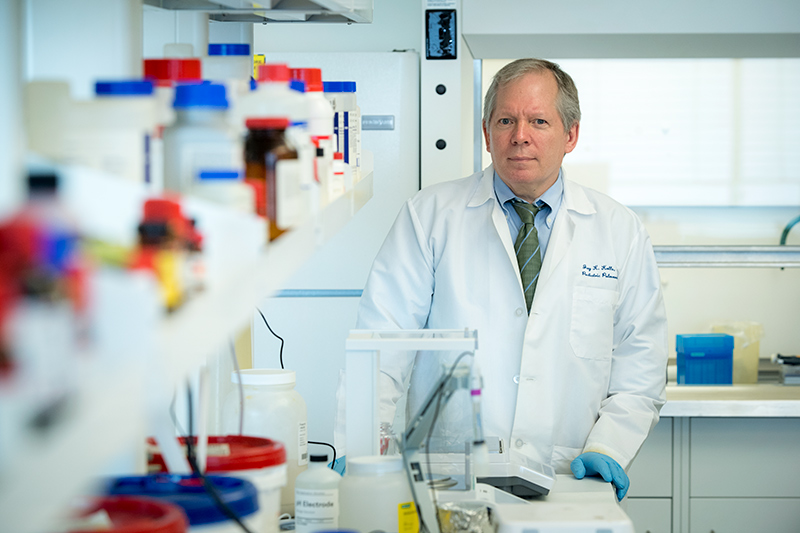 Scientists working to develop drugs against COVID-19 are focused on interrupting its interaction with ACE2, an enzyme the spike protein on the surface of the coronavirus latches onto, like a key, to enter and infect healthy cells.

Researchers at Tulane University School of Medicine have designed a synthetic protein that acts as a decoy to intercept and neutralize the virus before it can attach to ACE2 to cause infection.  The protein, MDR504, effectively blocked the SARS-COV-2 virus in cell cultures, according to early research published on bioRxiv, a preprint server for scholarly articles in the health sciences that are not yet peer-reviewed.

“Unlike other agents in development against the virus, this protein is engineered to go to the lungs to neutralize the virus before it can infect lung cells,” said lead study author Dr. Jay Kolls, John W Deming Endowed Chair in Internal Medicine at Tulane.

Researchers fused a modified version of the ACE2 protein to the end of an antibody to create MDR504. In the study using a mouse model, they showed that the drug circulated in blood and lung tissue at levels likely to be effective against the virus.

In addition to a treatment, the drug could be used as a pre- or post-exposure therapy for healthcare workers, first responders and vulnerable populations at highest risk. It also could be used to prevent infection in patients with underlying illness who couldn’t receive a vaccine.

“Based on our data, we think it would work as an injection either once every two weeks or maybe even once a month,” Kolls said.

The concept behind the compound is similar to Enbrel, which is used to treat arthritis and other autoimmune disorders.

Tulane and Kolls are working with MDR Logix, LLC, a New Orleans based biotech company, to commercialize the discovery to begin a phase I clinical trial.