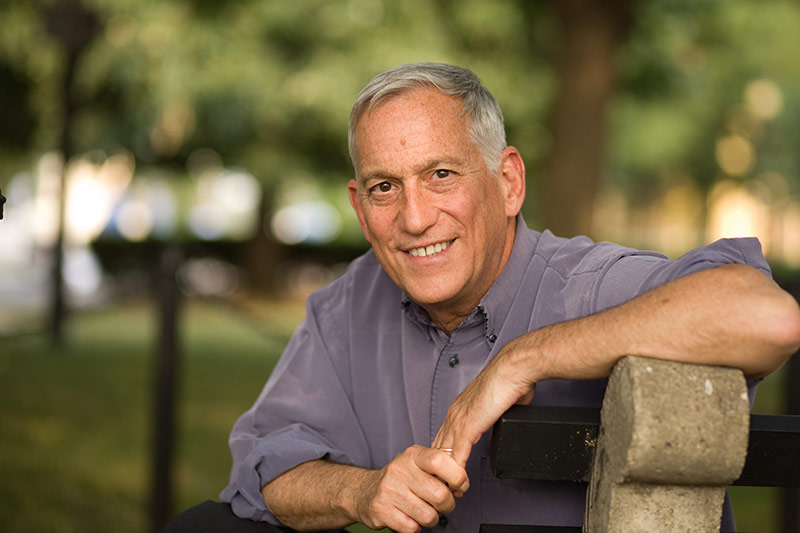 Walter Isaacson will teach his first course, the History of the Digital Revolution: From Ada Lovelace to Mark Zuckerberg, at Tulane in the spring semester of 2018. Photo by Patrice Gilbert.

Walter Isaacson, the New Orleans native and former Times-Picayune reporter who became chairman and CEO of CNN, managing editor of TIME, a best-selling author and leader of the Aspen Institute, is joining Tulane University’s history department with the title University Professor.

"I'm thrilled to be coming to Tulane, where my parents, grandparents and many other family members went. It is one of the world's great universities with its own unique character,” Isaacson said.

Isaacson will teach his first course, the History of the Digital Revolution: From Ada Lovelace to Mark Zuckerberg, in the spring semester of 2018. The best-selling biographer of Steve Jobs, Albert Einstein, Benjamin Franklin and Henry Kissinger will also teach a seminar on the writing of history.

“In this age of fast-moving technology and turbulent politics, the study of history is more important than ever. It teaches about change, including why some people cause it and others resist it, and it teaches us about the importance and stability of what endures," Isaacson said.

Isaacson is a graduate of Harvard College and Pembroke College of Oxford University, where he was a Rhodes Scholar. He began his career at The Sunday Times of London and then The Times-Picayune. He joined TIME in 1978 and CNN in 2001. In 2003, he became president and CEO of the Aspen Institute, a Washington, D.C.-based nonpartisan educational and policy studies institute.

“Walter Isaacson is a native son and an internationally acclaimed intellectual and social commentator,” Tulane President Mike Fitts said.  “He is one of the few true public intellectuals of our times.  His insights into the nature of social change and innovation, from Benjamin Franklin to Steve Jobs, have helped shape our understanding of social progress. He will make extraordinary contributions to our academic community."

In 2005 Isaacson became vice-chair of the Louisiana Recovery Authority, which oversaw the rebuilding after Hurricane Katrina. In 2009, President Obama appointed him chairman of the Broadcasting Board of Governors, which runs international broadcasts such as Voice of America and Radio Free Europe. He is also chair emeritus of Teach for America.

Isaacson is a member of the American Academy of Arts and Sciences and serves on the boards of United Airlines, Tulane University, the New Orleans City Planning Commission, the New Orleans Tricentennial Commission, Bloomberg Philanthropies, the Society of American Historians, the Carnegie Institution for Science and My Brother’s Keeper Alliance.

Like this article? Keep reading: Walter Isaacson to step down as president and CEO of the Aspen Institute