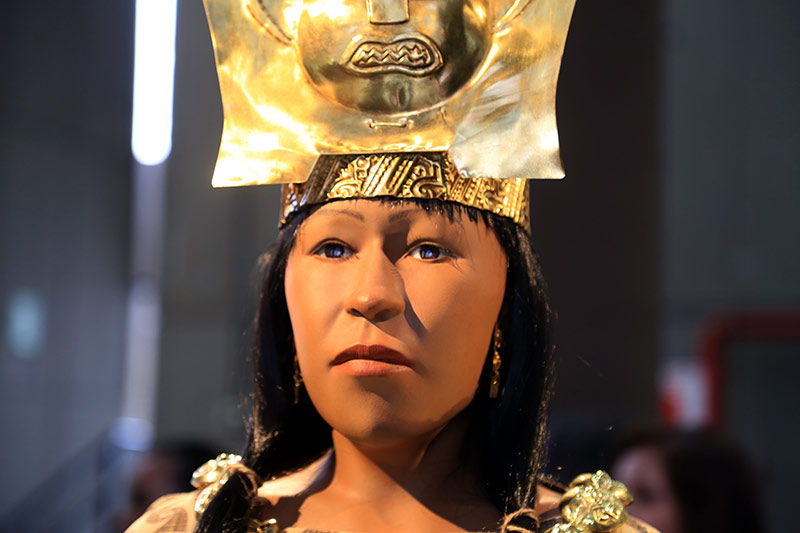 Researchers used 3-D imaging technology and forensics archaeology to recreate the face of what the mummified noblewoman, known as the Lady of Cao, would have looked like when she was alive more than 1,700 years ago. (Photos from the El Brujo Archaeological Complex)

When scientists at the El Brujo Archaeological Complex in Peru unveiled the reconstructed face of a 1,700-year-old mummy earlier this month, Tulane University anthropology professor John Verano was among those at the press conference.

No stranger to mummies or Peru – where he travels every summer to do research – Verano served in an advisory capacity on the project, which used 3-D imaging technology and forensics archaeology to recreate the face of the noblewoman known as the Lady of Cao.

“I was asked by the El Brujo project to review the facial reconstruction as it progressed from skull to final facial features,” said Verano, who has collaborated with the museum since it opened in 1990. “I participated in the unwrapping of the funerary bundle and conducted the study of Lady of Cao’s body.”

Archaeologists discovered the mummy in 2005 while working at the El Brujo site in northwest Peru. She had been wrapped in 20 layers of fabric, was wearing a crown and sported tattoos of snakes, spiders and religious symbols. Buried with her were more than two dozen weapons, among them clubs and spear throwers.

In November 2016, the museum’s curators assembled a team of experts to begin the process of recreating her face. The experts included archaeologists, physical anthropologists, forensic scientists and artists, and 3-D technology experts.

The reconstructed face will be on permanent display at the El Brujo museum beginning in late August. The exhibition will include displays on the technology used in the project, other visual resources and interactive presentations.

Although Verano said it is hard to know exactly who the woman was without written records, he told National Geographic that the face reconstruction “will be particularly important for children. Looking into her eyes, they’ll be able to see their own relatives from town, and their own ancestry. It’s something that a mummified face just can’t give you.”

Like this article? Keep reading: 'CSI' skills are focus of summer course 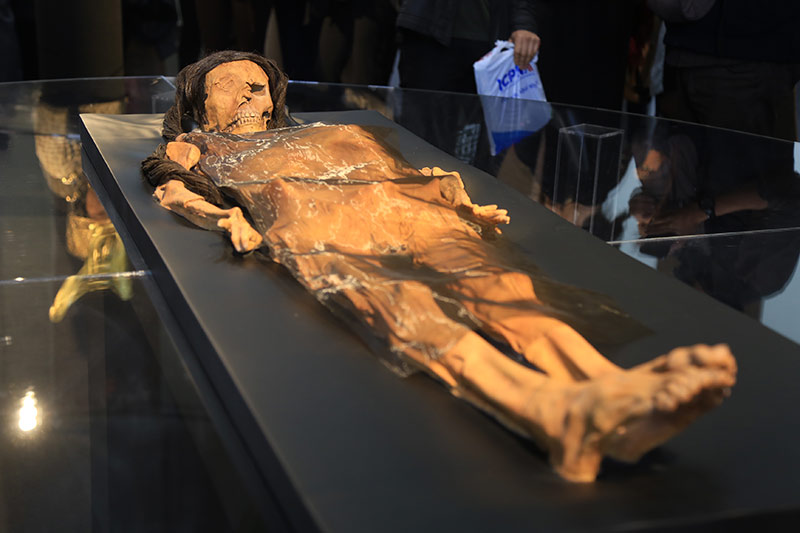 The face and the replica of the mummy are on exhibit in the hall of the Ministry of Culture in Peru. Researchers believe that the Lady of Cao, who died in her 20s, was a priestess or political ruler in the ancient Moche society of Peru, which lived in the desert valley of Chicama from about A.D. 100 to 700.