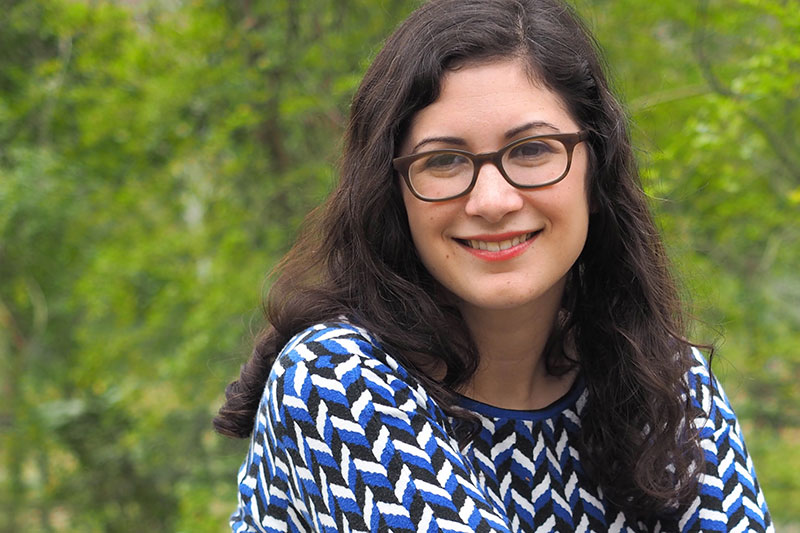 The Tulane Jewish Studies Department will host a lecture by Shari Rabin, “How Frontier Jews Made American Judaism,” on Monday, March 18. Rabin is an assistant professor of Jewish studies and director of the Pearlstine/Lipov Center for Southern Jewish Culture at the College of Charleston. (Photo by Lauren Shay Lavin)

Freedom to travel around the growing United States — and to build a religious experience from scratch — helped shape American Judaism, said author and scholar Shari Rabin, an assistant professor of Jewish studies and director of the Pearlstine/Lipov Center for Southern Jewish Culture at the College of Charleston.

The Tulane Department of Jewish Studies will host a lecture by Rabin, “How Frontier Jews Made American Judaism,” on Monday, March 18, at 7 p.m. in the Jewish Studies Building Conference Room 103 on the Tulane University campus.

Rabin won the 2017 National Jewish Book Award for Jews on the Frontier: Religion and Mobility in Nineteenth-Century America. The book presents a history of 19th-century Jewish people who left Eastern cities and journeyed to the American West and South.

“I’m interested in how America is set up and how that affects religious life. It sheds light on the Jewish experience in America, which is a particular one in which Jews have been seen as citizens, which was not the case in Europe,” Rabin said. “Jews were able to move, and that ability to move ended up being really exciting and important to them, but also posed real challenges to the practice of Jewish religious life and led to transformations in what Judaism looked like and how it was practiced.”

Jews on the Frontier recounts stories of individuals and how they extracted meaning from the laws of Judaism, maintained practices, and kept their Jewish identity while living in areas that were far from religious authorities and places of worship, recreating religious life through their eclectic and creative adaptations.

During her lecture, Rabin will share some of these stories, including those from the New Orleans Jewish community, and pose the argument that 19th-century mobile Jewish people created American Judaism.

The lecture is free and open to the public.