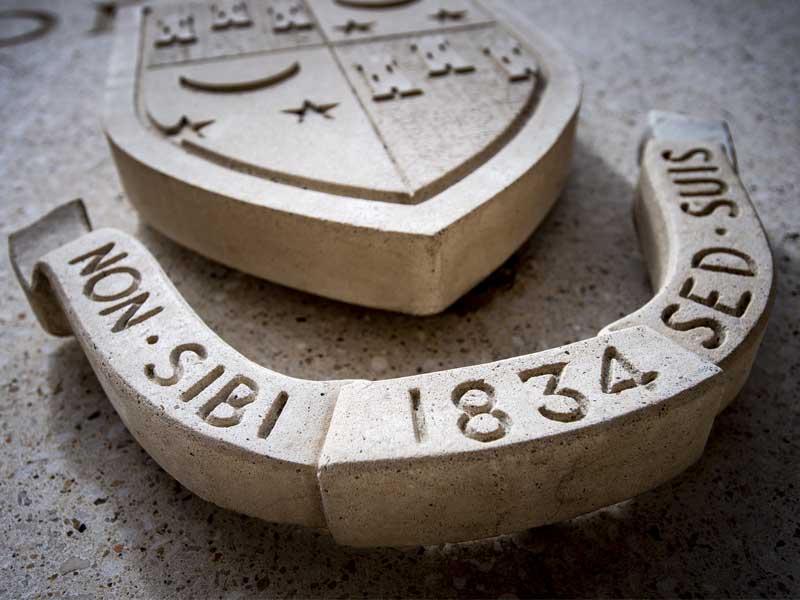 Tulane University's motto, "Non Sibi Sed Suis" - "Not For Oneself, But For One's Own" on the exterior entrance of the Howard-Tilton Memorial Library. (Photo by Paula Burch-Celentano)

Earlier this academic year, Tulane President Michael Fitts created the Building Naming Task Force and charged the group with developing university-wide principles to guide Tulane’s decisions in naming or renaming campus buildings. The Task Force was further charged with using these new guidelines, consistent with legal requirements, to provide a recommendation to the Board of Tulane regarding Hébert Hall. The effort is part of President Michael Fitts’ A Plan for Now update sent to the Tulane community on March 4, 2021.

The Task Force – led by co-chairs Thomas LaVeist, dean of the School of Public Health and Tropical Medicine and Weatherhead Presidential Chair in Health Equity; Ana Lopez, professor of communication and associate provost for faculty affairs; and Thomas Reese, executive director of the Stone Center for Latin American Studies and Distinguished Chair in Latin American Studies – had a broad representation of students, faculty, staff, board members and alumni.

Before the task force's recommendation is considered by the Board of Tulane, which is the ultimate decision-maker for building naming, the task force has recommended a period for public comment to allow all Tulanians to share their feedback and concerns regarding these principles. This period will provide opportunities for engagement and feedback from students, faculty and staff.

Members of the Tulane community can share their thoughts via the community engagement form here. The public comment period will end on March 26.