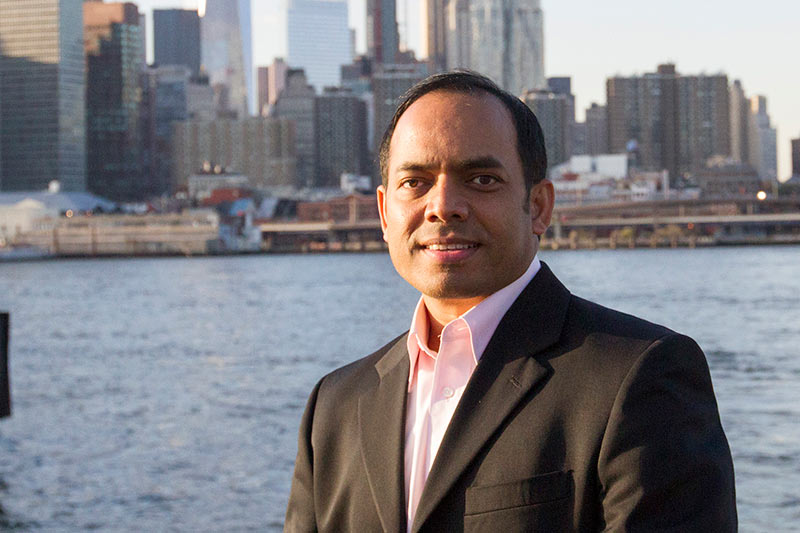 Rais Bhuiyan’s near-death experience and subsequent religious pilgrimage sparked a profound journey of soul searching and began his path as a human rights activist for peace, forgiveness, empathy and understanding. (Photo from OMA)

The 18th annual Diversity Convocation at Tulane University will feature Rais Bhuiyan, an American Muslim from Bangladesh with a powerful story.

After serving as an air force pilot in Bangladesh, Bhuiyan moved to the United States in 1999 to study computer technology. Ten days after 9/11, Bhuiyan was the victim of a horrific hate crime where he was shot in the face at point-blank range by white supremacist Mark Stroman. Bhuiyan barely survived.

Stroman, who called himself the “the Arab slayer,” is also responsible for the deaths of two others in that incident. He was sentenced to death, but after serving 10 years in prison, Bhuiyan began an international campaign fighting to save Stroman’s life.

Bhuiyan’s near-death experience and subsequent religious pilgrimage sparked a profound journey of soul searching and began his path as a human rights activist for peace, forgiveness, empathy and understanding. Bhuiyan’s effort to save Stroman from execution in 2011 was unsuccessful, but his transformative ability to turn hate into compassion and forgive the unforgivable has been transformative.

Through his nonprofit, World Without Hate, Bhuiyan has touched the lives of hundreds of thousands of people as he shares his inspirational story and message at schools, universities, organizations and conferences around the world.

The Diversity Convocation will be held Wednesday, Oct. 18, at 7 p.m. in the Kendall Cram Room of Lavin-Bernick Center. Audience questions will be taken and a reception will immediately follow. The event is free and open to the public.

For more information, contact the Office of Multicultural Affairs at 504-314-2190 or oma@tulane.edu.