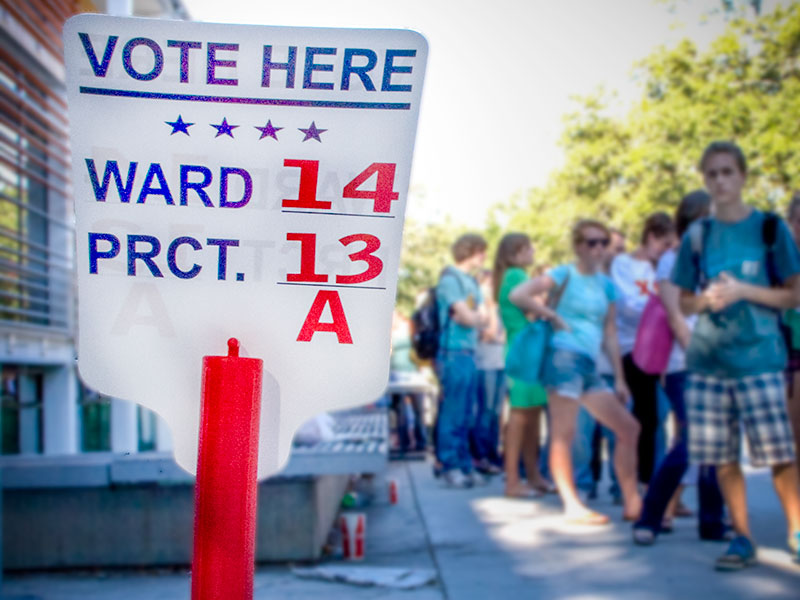 Their political beliefs may differ, but Tulane University students Joshua Rosenbaum, Margaret Stolte, Abigail Michel and Becca Sawyer definitely agree on one thing – the importance of voting in the Nov. 8 presidential election.

So strong are their feelings that the four along with many of their like-minded classmates representing various campus political organizations went all out this semester to make sure that as many eligible students as possible registered to vote.

“Last January, College Democrats, College Republicans and USG (Undergraduate Student Government) came together to talk about ways to increase political participation,” Rosenbaum said. “And then the conversation turned to registration.”

“It’s a gateway to getting people involved in enacting the change they believe in.”

In August, they teamed up with TurboVote, a nonprofit initiative that partners with colleges to help make the voting process easier. The program provides online registration, vote-by-mail services and emails and texts about upcoming national, state and local elections.

They got the word out through social media and events like Get Out the Vote Shabbat at Tulane Hillel. As of the last day to register to vote for the Nov. 8 election, 700 students had signed up, surpassing their goal by 200. “It’s a first step to getting something accomplished and having an impact in the political process,” Sawyer said.

Rosenbaum said he was pleased with the response as well as the way student leaders have joined forces for a common cause, despite different political ideologies. “We’ve come together to combat apathy as opposed to one another,” he said.

Rosenbaum is a USG senator and a member of College Democrats; Michel is president of College Republicans; Stolte is communications director for USG; and Sawyer is chief of staff for College Republicans, electoral coordinator of the Tulane Israel Public Affairs Committee and a School of Liberal Arts senator.

The four are hopeful that despite the low voter turnout of millennials in previous elections, they will make their voices heard in much greater numbers on Nov. 8.

“It’s a gateway to getting people involved in enacting the change they believe in,” Rosenbaum said.

Editor's note: This article is part of a series of content relating to the 2016 election season. In case you missed the others, catch up here:

Does your vote really count?

Take a glimpse at elections past