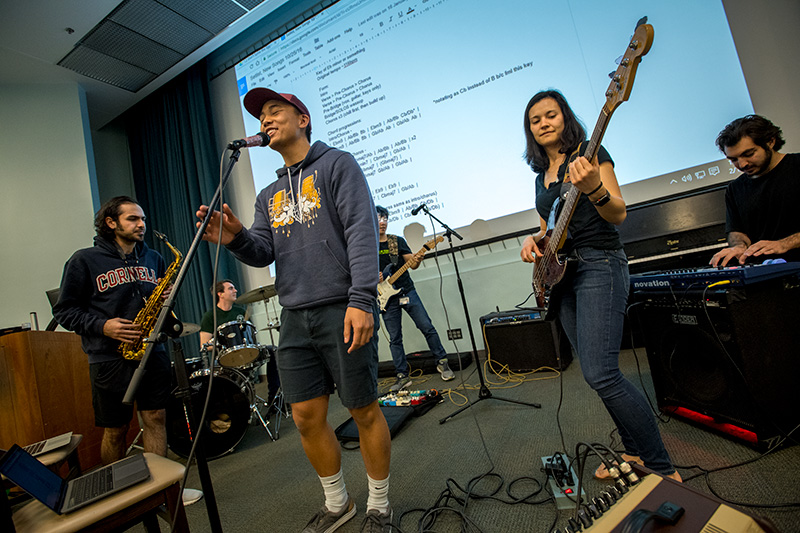 Members of Radialhead, a funk-pop band of Tulane second-year medical students, practice in the Hutchinson Auditorium on Thursday afternoon. The group formed in 2016 and consists of Ashkan Shahbandi on saxophone, Jacob Cross on drums, vocalist Gabe Miranda, Geoffrey Liu on guitar, Natalya Motyka on bass, and Gem Batuman at the keyboard. The band plays at venues such as The Howlin’ Wolf, Gasa Gasa, and One Eyed Jacks, where they will perform on March 2.