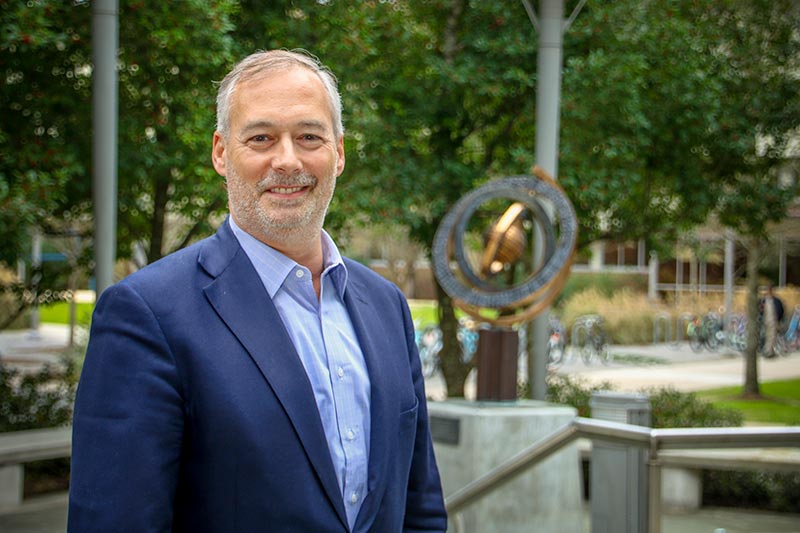 Hollywood is the land of dreams. Tulane University alumnus and parent Larry Sibley (A&S ’80) is helping two undergraduate students get closer to that dream by funding their participation in the Contemporary Hollywood Film Industry summer program in the Tulane School of Liberal Arts.

For the fourth summer in a row, students have had the opportunity to learn firsthand about the movie industry in the five-week program, which takes place in both New Orleans and Los Angeles.

“I’ve often said that this is the single-most valuable experience for students who want to get into the film and television industry that I’ve ever been associated with,” said Mary Blue, senior professor of practice and director of the digital media production program at Tulane.

The experience begins on Tulane’s campus in late May. In the first portion of the program, students learn about the Louisiana entertainment industry by going to a studio, a production company, a postproduction house and a set.

They then travel to Hollywood to spend a week meeting with studio heads, writers, producers, actors and agents. They tour film studios and production facilities. The program taps into the growing cadre of Tulane alumni in the Los Angeles entertainment industry and provides the chance to make connections with industry leaders.

Last year, the group was in the audience of a multi-camera sitcom remake of “One Day at a Time” and met Norman Lear, a well-known TV producer and writer of such classics as “All in the Family” and “Sanford and Son.” They attended a taping of “The Voice” and “The Chelsea Handler Show” and also visited the William Morris Endeavor talent agency.

Sibley, managing director at Credit Suisse, experienced firsthand the positive impact the program has on students. His son Ben was a participant in 2016. Shortly thereafter, Sibley established a scholarship fund that provides summer tuition for two students who share Ben’s passion for the entertainment industry.

“I think students should have every opportunity to pursue their passion,” said Sibley. “For these two people, the only thing I would hope is they are passionate about this pursuit, and if they are, then I’m thrilled that I can in some small way help them achieve it.”