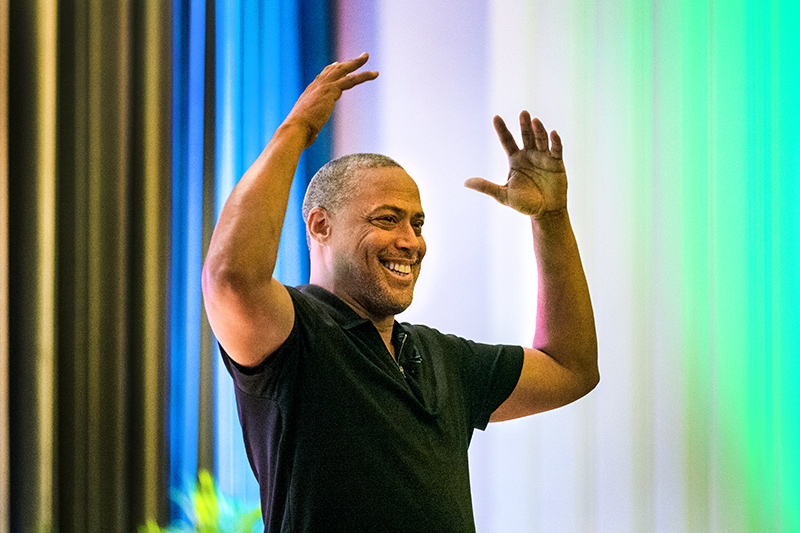 First-year students at Tulane University attended a candid discussion about sex, consent and male privilege as they relate to sexual violence during the Tulane Reading Project keynote lecture Tuesday in McAlister Auditorium.

Don McPherson, former professional athlete-turned-activist, served as the Kylene and Brad Beers lecturer for the evening. In his talk, “Football to Feminism and the Blind Spot of Masculinity,” McPherson referenced the 2018 Reading Project selection, Beartown by Fredrik Backman, coupled with current news such as the sentencing of actor Bill Cosby for sexual crimes and the sexual assault allegations against Supreme Court nominee Brett Kavanaugh.

Through stories about his family as well as a few from the height of his football career, McPherson offered relatable examples of how to recognize when male privilege has allowed sexual violence to become solely a women’s issue.

He posed this hypothetical: If two guys hang out at a restaurant after practice and one guy talks to a woman for 45 minutes and then leaves the restaurant with her and never returns, what would be the first thing you ask when you see him again?

“The first thing most guys would ask is, did you hook up,” said McPherson. “The problem lies in that 45 minutes. Forty-five minutes just isn’t enough time to make the decision to be intimate with someone.”

You can learn more about the university’s efforts at allin.tulane.edu.