The Insider: Ten Years of Crawfest 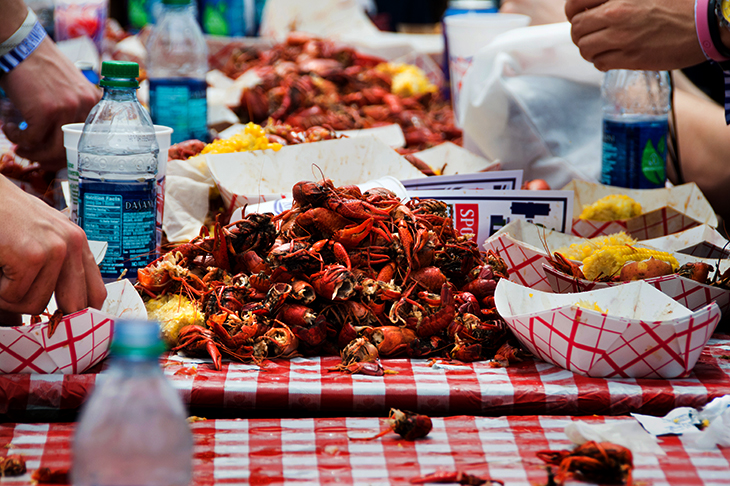 One of the largest student-run festivals in the nation has taken place on the Tulane University uptown campus for a decade. Every spring, Tulane hosts Crawfest, a full-day event with live music, local food and art vendors, and over 20,000 pounds of boiled crawfish.

The 10th annual Crawfest festival will be held on Saturday, April 16, from 11 a.m. until 7 p.m. on the Lavin-Bernick Center Quad and the Newcomb Quad.

The festival was originally started by a group of students who wished Tulane had a campuswide tradition in the spring semester that was as large as Homecoming in the fall. A campuswide crawfish boil seemed like the perfect idea.

“This year is particularly special because it’s the 10th anniversary,” says Julia Gallagher, a senior and public relations chair of the Crawfest committee. “It’s a moment to stop and think how cool it is that a totally student-run festival has been able to exist for this long and have a clear future.”

Crawfest this year will feature seven bands, one of which will form a second-line parade through the quad and onto the stage.

“It’s the 10th anniversary this year, so we wanted to do something a little different, but we also wanted to respect the culture and the style of music that’s been a part of previous festivals,” says senior Justin Picard, one of the Crawfest committee’s music chairs.

Admission to Crawfest is free for Tulane students, faculty and staff members with a Splash card, and wristbands for the public are $10. The full lineup for this year’s festival can be found online.

Samah Ahmed is a sophomore majoring in public health and political science at Tulane University.