Law of the land 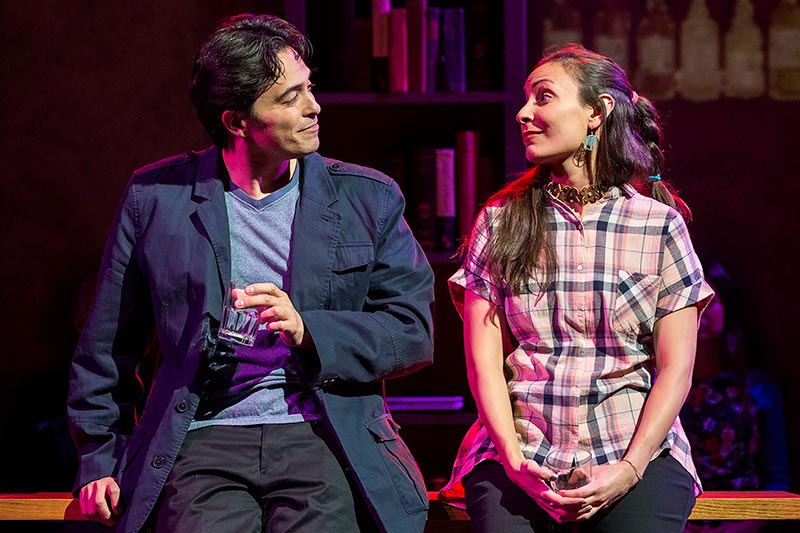 Inspired by her experience in the environmental law program at Tulane, Mary Kathryn Nagle premiered her play 'Fairly Traceable' in the Wells Fargo Theater at the Autry Museum of the American West in Los Angeles. (Photo provided by Mary Kathryn Nagle)

In March, Fairly Traceable, a play by Mary Kathryn Nagle, premiered in the Wells Fargo Theater at the Autry Museum of the American West in Los Angeles. Delving into climate change’s impact on Native American communities, the work was inspired by Nagle’s experience in the environmental law program at Tulane.

Set post-Katrina, the legal drama is a love story between a Ponca man and a Chitimacha woman who is a Tulane law student.

A nationally acclaimed playwright, Nagle is a citizen of the Cherokee Nation and a partner at Pipestem Law Firm in Tulsa, Oklahoma. She also serves as executive director for the Yale Indigenous Performing Arts Program.

“What’s it like to lose your home that’s been yours for thousands of years?”

The chance to study environmental law with professor Oliver Houck at Tulane Law School initially drew Nagle to New Orleans. A character in Fairly Traceable is based on Houck.

“He impacted my career both as a playwright and as a lawyer,” Nagle said. “The play’s title comes from a legal doctrine that professor Houck taught me about.”

The “fairly traceable” doctrine surfaced during the 1992 case of Lujan v. Defenders of Wildlife. The doctrine, written by Justice Antonin Scalia, states that a plaintiff has to prove that harm they have suffered is fairly traceable to the conduct of the defendant and not a third party, making it harder for climate change victims to hold accountable companies profiting from environmental destruction.

Nagle’s play was also shaped by stories of tribes who have suffered environmental crises, such as the Ponca Tribe. The tribe was ousted from its ancestral homeland by the government and endured a tornado during its Trail of Tears march toward Oklahoma in the late 1800s.

“That was something to wrap my head around. What’s it like to lose your home that’s been yours for thousands of years? I think that resonated with me because a lot of people after Katrina were asking, ‘How could this have happened?’” she said. “So I brought in a character from the tribe who was also impacted by southern Louisiana’s fight to survive.”

Nagle hopes that audiences take away an understanding of the legal doctrine.

“I also want them to understand tribal sovereignty and what it means for tribal nations to lose their homeland and then try to use U.S. law to save it,” she said.

Nagle hopes to stage a future production of Fairly Traceable in New Orleans.