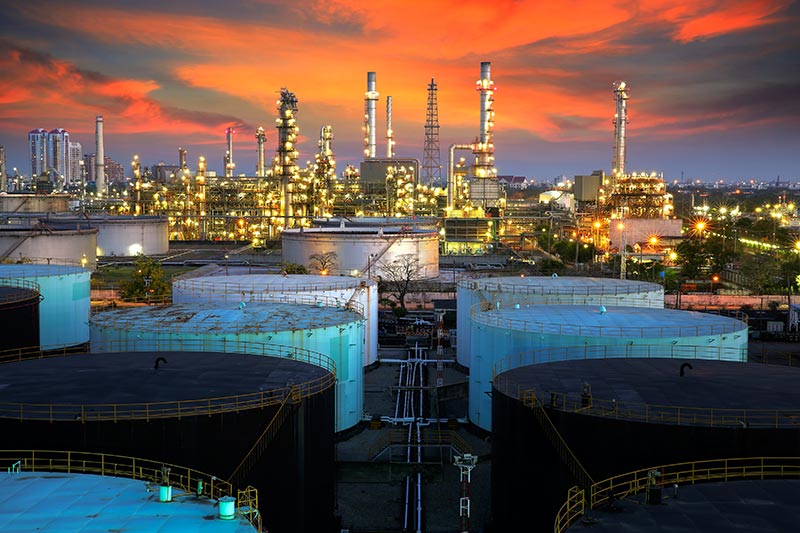 Too often, little attention is paid to the localized impact of the petrochemical industry. This year, the Tulane School of Liberal Arts aims to change that by devoting its annual Focus on the Environment program to an exploration of the effect of the industry on the region’s environment.

Entitled “Petrochemical City: The Costs and Consequences of Petrochemical Industrial Production on New Orleans,” the 2016-2017 exploration includes a range of lectures open to the public as well as a course last fall on “Urban Political Ecology and the Petrochemical City” taught by Christopher Oliver, a professor of practice in sociology and environmental studies.

“It’s an important industry in Louisiana, but the effects are not evenly distributed,” said Oliver, who organized this year's event. Too often low-income communities and communities of color are affected disproportionately. By “disproportionate effects” I mean both not receiving most of the positive aspects, e.g., jobs and related income generated from oil and gas revenue, but at the same time also bearing the brunt of the negative effects, e.g., pollution/contamination.”

“By funding this series, we wanted Tulane to be a leader in furthering discussion and debate on how CO2 emissions are affecting climate change, an event that directly threatens coastal cities like New Orleans.”

The annual series, which is an integral part of the Environmental Studies Program (EVST), is made possible by the generosity of Charlotte and Fred Hubbell. “By funding this series, we wanted Tulane to be a leader in furthering discussion and debate on how CO2 emissions are affecting climate change, an event that directly threatens coastal cities like New Orleans,” says Charlotte Hubbell, a 1971 political science graduate.

The current program has already brought well-known environmental leaders to campus, including Barbara Allen, Professor of Science and Technology in Society at Virginia Tech University and Gerald Markowitz, Distinguished Professor of History at CUNY Graduate Center, one of the nation’s leading scholars on lead, silica, and other harmful contaminants.

Tulane center gets $225K from Surdna Foundation
The More You NOLA: An Evening of Dance
17 reasons why you should attend Tulane
Women on the move for health
Learning the ropes