NBA players give back at Tulane 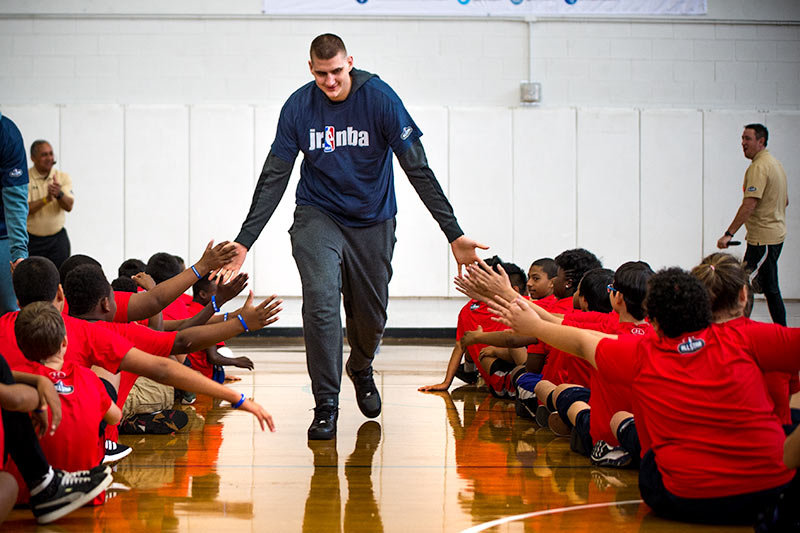 Hundreds of smiling middle-schoolers got the chance to meet—and ball—with some of their favorite NBA stars Friday on the uptown campus of Tulane University during Jr. NBA Day at the Reily Recreation Center.

Wearing bright red Jr. NBA shirts for a team-like feel, the students enjoyed games and drills under the leadership of Jr. NBA Day volunteers before heading to the basketball courts at Reily, where the NBA stars took the reins. There, the students participated in a skills challenge and a mini combine complete with an evaluation of height, weight, arm span, vertical leap, hand width and speed.

Charlston Nash, a Meisler Middle School seventh-grader, learned a new move that he said may take him a bit more practice to perfect. The move is known as “the matrix” and calls for the simultaneous dribble of two basketballs under alternating legs.

“To have so many incredible NBA All-Stars under one roof …is an incredible opportunity for our community and a blast for Tulane.”

“I’m going to get this so that I can teach the rest of the team,” said Nash, a point guard and shooting guard for Meisler’s basketball team. “I’m just excited to be here with the NBA players and with my team. It’s pretty cool that these guys took the time to stop by and see us.”

The players, during their NBA Day of Service, offered one-on-one tips to the budding NBA stars while Tulane President Mike Fitts watched from the stands.

“To have so many incredible NBA All-Stars under one roof, shooting around with local elementary- and middle-school students, is an incredible opportunity for our community and a blast for Tulane,” said Fitts, who posed with the NBA championship trophy displayed at Reily for the day’s events.