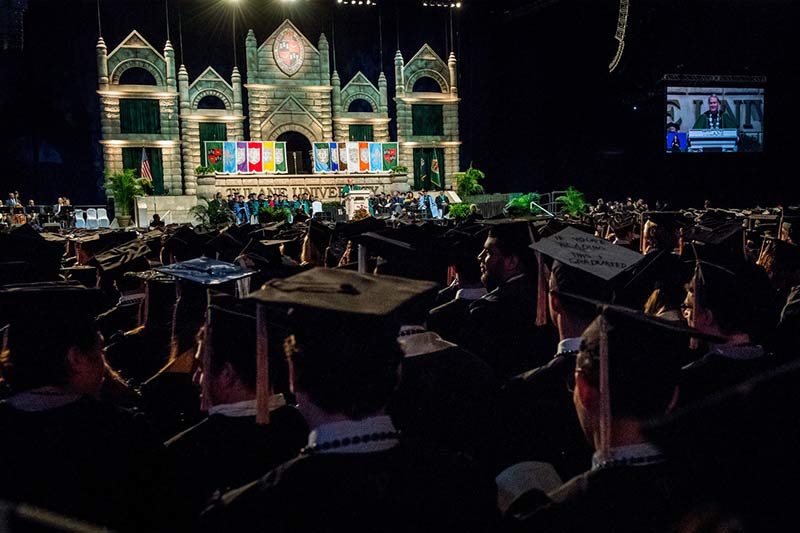 Nominate a student in the Class of 2017 to be featured in New Wave during the weeks leading up to the Unified Commencement Ceremony on May 20. (Photo by Paula Burch-Celentano)

The Class of  2017 is filled with individuals who have had an extraordinary experience at Tulane University or who will embark on an exciting post-college chapter unlike that of any other.  We are seeking nominations for graduates with inspirational stories to be featured in New Wave during the weeks leading up to the Unified Commencement Ceremony on May 20 in the Mercedes-Benz Superdome.

To nominate, send an email to New Wave editor Alicia Jasmin with the graduate’s name, contact information, major and a few sentences describing their notable experience. Selected students will be contacted for an interview.

The nomination period is open through noon on Friday, April 14. Here are a few of our student profiles from 2016:

Father and son earn degrees at the same time