Students face off on climate change 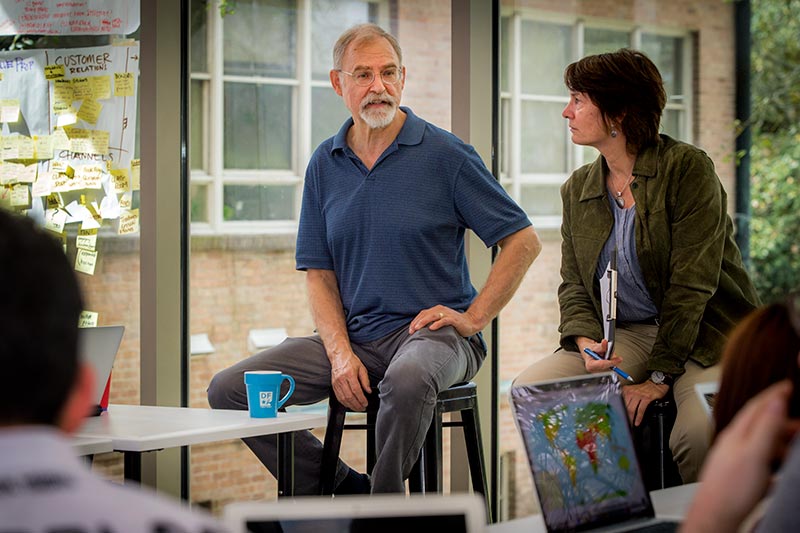 Two teams of Tulane University students faced each other, charged with debating the pros and cons of population control as a means of addressing climate change.

On one side were advocates of limiting population growth, which would ultimately decrease the amount of carbon dioxide gas released in the atmosphere. Opponents said population control infringes on basic human rights and that other measures – such as simple changes in behavior – are far more preferable.

The class, one of the many interdisciplinary offerings of the Phyllis M. Taylor Center for Social Innovation and Design Thinking, is not your typical science-oriented climate change class.

“Climate change is an environmental calamity that threatens human civilizations and much of biological diversity.”

“I talk about science but minimally,” said professor Thomas Sherry, the center’s New Day III Professor and Siegel Professor of Social Entrepreneurship. “I'm approaching climate change as a ‘wicked problem,’ one that touches on so many aspects of human activity, and just about every discipline in academia, and that confronts us with really difficult choices and actions as humans.”

Students, mostly seniors who are minoring in social innovation and social entrepreneurship, represent an array of majors – political science and economics, public health and environmental studies, communication, and cell and molecular biology.

A longtime professor in the Department of Ecology and Evolutionary Biology, Sherry applied for a professorship in the Taylor Center because he saw a good fit between the center’s focus on social innovation and social entrepreneurship and his own interest in exploring climate change as a social challenge.

“Climate change is an environmental calamity that threatens human civilizations and much of biological diversity,” he said, “and thus we are all stakeholders in confronting and addressing the relevant challenges.”

While discussions can become heated, he stressed the importance of considering different points of view before ultimately coming up with actual solutions based on design thinking.

“Design thinking involves good listening to diverse constituencies (including humans who are less well off than others) so as to understand their perspectives, leading to better all-around solutions,” Sherry said.