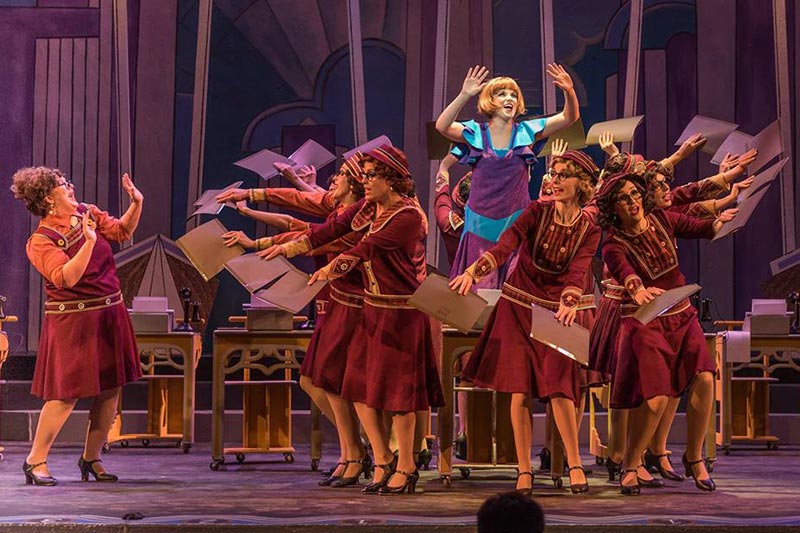 A captivating rendition of Thoroughly Modern Millie was among last summer's productions. (Photo by Michael Palumbo)

Summer Lyric Theatre at Tulane University marks its 50th anniversary in 2017. The season is titled “One Singular Sensation: A Tribute to the Ladies of the Great White Way” and will feature three main shows, a gala, a theater-for-youth production and other outreach programs.

Opening the season will be Annie Get Your Gun, a throwback to the theater’s very first season in 1968, followed by the more contemporary Hairspray. Closing the season is the Broadway classic Gypsy.

“I am excited to celebrate the company’s history this season,” said artistic director Michael McKelvey. “It really is a culmination of where we started to where we are now.”

“I am excited to celebrate the company’s history this season. It really is a culmination of where we started to where we are now.”

The season will also feature productions from Summer Lyric’s education/outreach programs including Little Lyric (The Little Mermaid, Jr.), Junior Lyric (Beauty and the Beast, Jr.), and the theater’s High School Intensive. This season will also include a new stage version of James and the Giant Peach in Rogers Memorial Chapel (former home of the Patchwork Players) as a family-friendly offering featuring Tulane students.

Operations manager Charlie Farve Hayes said that Summer Lyric “really is a family” with many of the same people coming back each year, whether as part of the company or as members of the audience.

A cocktail party gala will be held June 3 in Dixon Hall featuring Summer Lyric alumni and the Summer Lyric orchestra. All proceeds will support the Endowment.

For tickets and other information, please visit http://summerlyric.tulane.edu/ or e-mail lyric@tulane.edu.