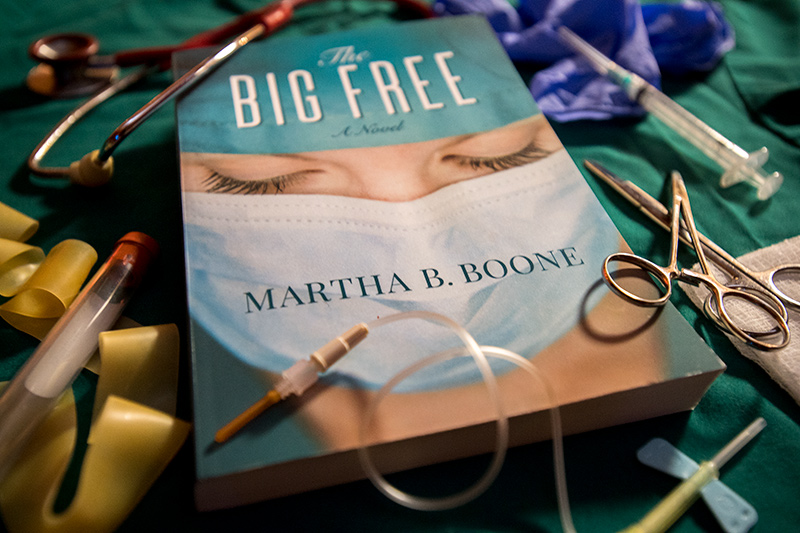 Dr. Martha Boone has fond memories of her days as a resident learning from beloved trauma physician and Tulane professor Dr. Norman McSwain at Charity Hospital in New Orleans. Those memories, paired with Boone’s love for fiction, led her to write The Big Free, a novel based on the medical humor and drama “in the life of one of the first women surgeons in the busiest trauma surgery program in New Orleans in 1982.”

“Dr. Norman McSwain strongly encouraged me to put my hundreds of stories about our time together at Charity Hospital into a book,” said Boone, who notes that a character in the book is based on McSwain. “He read my stories for many years prior to his death in July 2015.”

Boone said the surgical training she received at Charity Hospital back in the 1980s taught her the discipline needed to write the book while working as a private practice urologist in Georgia.

“Instead of getting up at 5 a.m., I started getting up at 4 a.m. and wrote between 1000-1200 words per day,” said Boone. “Charity Hospital was a unique place and I wanted people outside of medicine, and the younger doctors of today, to get a glimpse of the past.”

In addition to giving an inside scoop into surgery training, Boone said it was important for the novel to showcase the value of strong male mentors who were willing to be the first to train women.

“Tulane has always been about excellence, but many do not know that Tulane Surgery was early to bring women into the surgical subspecialties,” said Boone. “I was one of the early women in urology and my Tulane education was filled with great male mentors like Dr. Blackwell B. Evans and Dr. Raju Thomas. They aren’t mentioned in the book, but were very formative for me.”