The Syrian conflict depicted through art 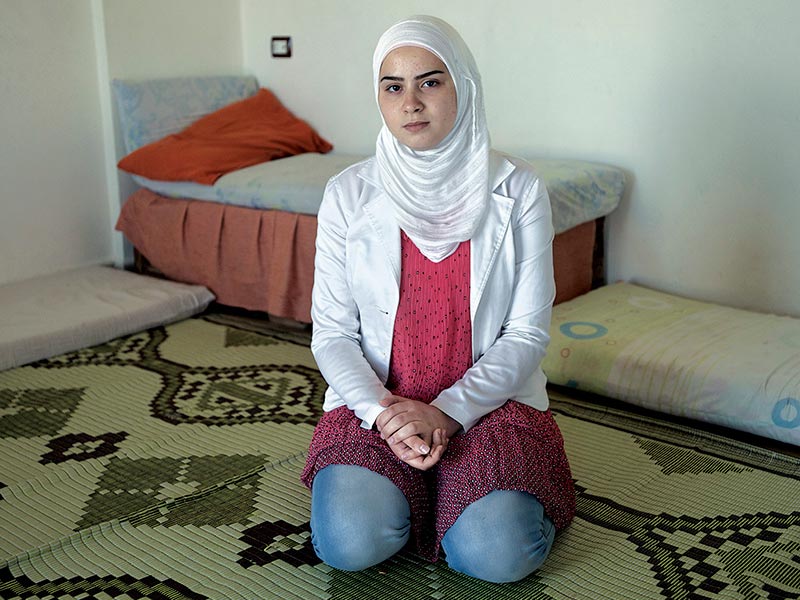 As you walk inside the Newcomb Art Museum, a white figure glinting in gold towers is before you. This is a statue stripped down to its structural elements, baring its bones. It paradoxically suggests a sense of decay and renewal. This is a piece of art by Diana Al-Hadid, and is just one of many pieces in the Newcomb Art Museum’s new exhibits that address Syria and the ongoing conflict there.

“Art is a safe vehicle for discussing problems that can be hard to open up about,” said museum director and curator of both exhibitions Mónica Ramírez-Montagut.

“Art is a safe vehicle for discussing problems that can be hard to open up about.”

Another aspect of that discussion is the art and audio recordings of Elena Dorfman in her exhibition titled, Syria’s Lost Generation.  Dispatched at the request of the United Nations High Commissioner for Refugees, Dorfman talked with teenagers dislocated by the war in Syria in her documentary, also titled Syria’s Lost Generation.

“I’m always looking for a person or thing that isn’t seen, or is seen in a light that is generally not understood,” said Elena Dorfman in an interview with Ramírez-Montagut, explaining why she picked teenagers for the documentary.

Dorfman’s exhibit features portraits and audio recordings of these teenagers expressing their longing and frustration with their current situation.

“Elena’s exhibition is heart-wrenching and painful to see — I wanted to balance the exhibits by pairing this intense experience with something more uplifting,” said Ramírez-Montagut. This is where the art of Diana Al-Hadid came in.

While Al-Hadid grew up in Ohio, her art draws on her Syrian heritage. Her sculptures and modeled paintings are frequently described as “ruinous” and “resilient”.  Yet they also portray renewal. Her figures seem to rise as they fall, and form as they disintegrate. This makes her art mysterious, and suggestive of an unknown future.

Both exhibits will be on view in the Newcomb Art Museum through July 24.