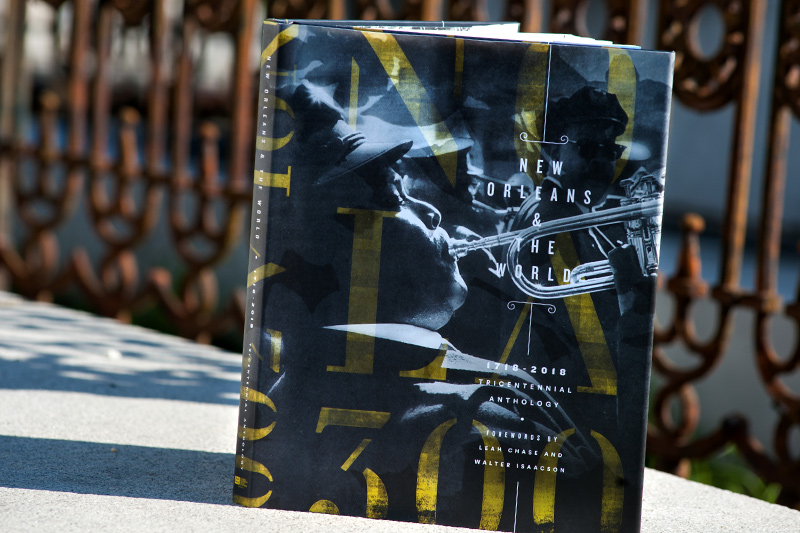 New Orleans & The World: 1718-2018 Tricentennial Anthology is a collection of essays by leading scholars and local cultural icons that illuminates how the Crescent City has left its inimitable mark on global history.

The illustrated anthology was published through a partnership between the Louisiana Endowment for the Humanities (LEH), the New Orleans Convention and Visitors Bureau, the New Orleans Tourism Marketing Corporation and the 2018 NOLA Foundation.

— Richard Campanella, senior professor of practice in architecture and geography

“New Orleans & The World covers 300 years through a focus on New Orleans as a global city. That is, how did the world influence New Orleans, and how did New Orleans influence the world?” said Campanella. “I also contributed two chapters — one on physical geography and another on architecture and the built environment.”

Greenwald’s chapter looks at the city’s role as the largest slave market in antebellum America.

“After the close of the international slave trade in 1808, New Orleans became a nexus for the domestic trade. I talk about the volume of men, women and children brought to New Orleans either on foot, in chain gangs or on steamships down the Mississippi River,” said Greenwald, curator of programs at the New Orleans Museum of Art.

Greenwald, a 1999 Newcomb College graduate, also discusses local industries that sprang up around the slave trade, including health care and banking.

“Recognition of New Orleans’ role is critical within the national narrative of American history and for understanding who we are as a city,” said Greenwald.